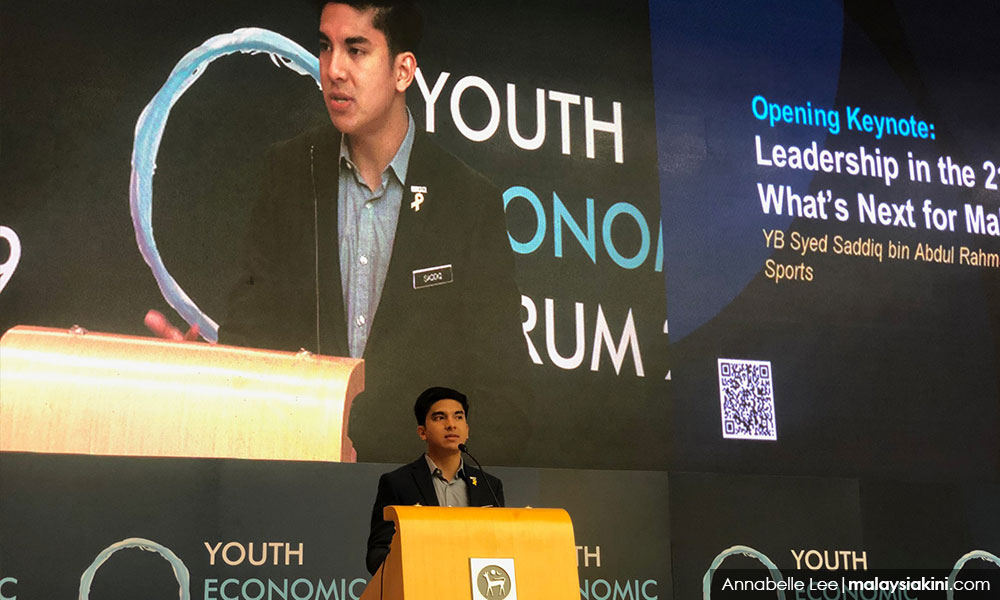 Syed Saddiq said the Terengganu government had previously assured him that gymnasts in the state would be allowed to participate in the biannual Sukma Games but he is puzzled that it will now reportedly not send any female gymnasts to the games next year.

The Muar MP said if the Terengganu government did indeed curb gymnastics amongst women in the state, the federal government would intervene and absorb the athletes.

"I will never tolerate this.

"If true, the Youth and Sports Ministry will take over control of the Terengganu Sports Council and absorb their young, aspiring athletes who are discriminated.

"I personally will meet up with the athletes affected to ensure that their future in gymnastics is not compromised," he said in a Twitter post.

According to the Channel News Asia report, aspiring gymnastic athletes who still want to pursue their path will need to train outside of Terengganu.

It also quoted Terengganu exco Wan Sukairi Wan Abdullah who is in charge of youth, sports and NGOs as stressing that the state government was not like the Taliban in Afghanistan which practised an extreme interpretation of Islam.

“You may have heard of reports of molesting and rape involving the coaches (in gymnastics). These things happen and we want to prevent all these things from happening by introducing these (sports) guidelines that cover early preparation for competition,” he was quoted as saying.