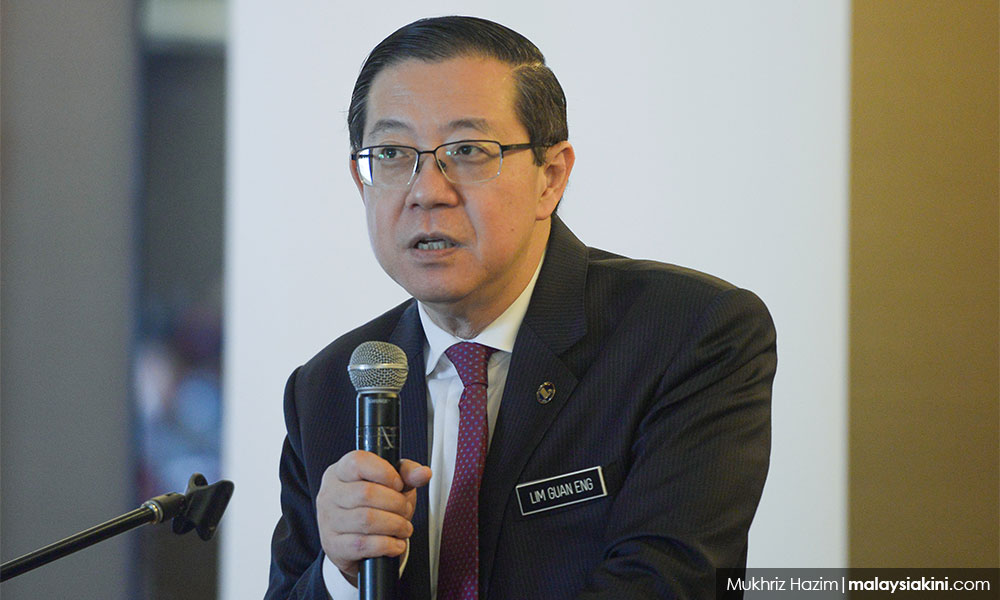 Guan Eng: Give us five years please, then judge

The Pakatan Harapan (PH) government should be given the chance to fulfil its promises to the people, said DAP secretary-general Lim Guan Eng.

In making the call, the Finance Minister (photo) said the government also needed time to implement the various programmes drawn up for the benefit of everyone in the country.

“We hope the people can have patience. We have been elected by the people, we have five years...give us time to fulfil all the promises,” he said at the Bicara Kopitiam programme near the Kukup International Ferry Terminal yesterday.

Lim said it was important for him to explain to the people because as a new government, Harapan had to solve many problems which it “inherited” from the previous administration.

As such, he hoped the people in Tanjung Piai parliamentary constituency would continue to support Harapan to ensure all the development agendas planned by the incumbent MP, the late Md Farid Md Rafik, could be realised.

The Election Commission has set Nov 16 as polling day and Nov 12 for early voting in the by-election.

The Tanjung Piai by-election was held following the death of Md Farid on Sept 21 due to heart complications.

There will be a six-cornered fight in the by-election involving candidates from Harapan, Barisan Nasional, Gerakan, Parti Barisan Jemaah Islamiah (Berjasa) and two independents.

politics
pakatan harapan
lim guan eng
tanjung piai
Related Reports
Chin Tong: BN will ramp up racial offensive if it takes Tg Piai
a year ago
Don't ruin my son's plans for Tg Piai - Dr Md Farid's mum
a year ago
PH not dominated by a single party - Muhyiddin
a year ago
Disappointed with parties, Bersih gives up on candidates' debate
a year ago