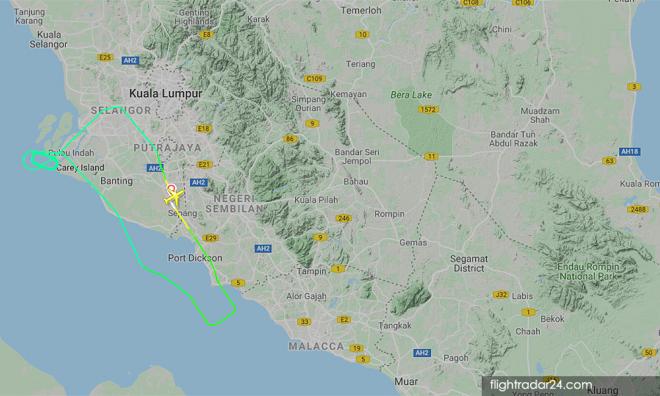 Flight MH360 to Beijing turns back to KLIA

A Malaysia Airlines (MAS) flight from Kuala Lumpur to Beijing, China took off from KLIA only to return to the airport several hours later.

Flight MH360, which took off from KLIA at 6pm yesterday, was initially scheduled to arrive in China at 12.20am today but returned to KLIA instead.

According to a report by Harian Metro, the incident was confirmed by a Malaysia Airlines Berhad (MAB) customer service officer.

However, they refused to reveal the reason for the flight's U-turn.

The flight-tracking website flightradar24.com reflects that the plane went into a holding pattern over the Straits of Malacca at about 8pm.

It is understood that MH360 departed for Beijing once again at about 12.30am today, but it is not known whether the same aircraft was used.