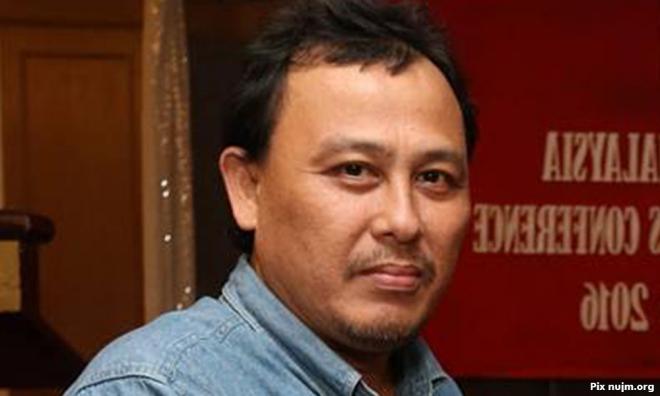 The National Union of Journalists (NUJ) Utusan Melayu branch has claimed that it was not informed of any development pertaining to the report that Utusan Malaysia to make a comeback next year.

Its chairperson Mohd Taufek Razak (above) said the latest information received from the management was that it was trying to liquidate the company’s assets and staff were still awaiting compensation as promised.

“We have not received any details about Utusan making a comeback next year,” he said when contacted by Bernama in Kuala Lumpur today.

Today, Entrepreneur Development Minister Mohd Redzuan Md Yusof was reported as saying that Utusan Malaysia was set to make a comeback next year.

According to a local newspaper report, Redzuan had revealed this matter during a programme in Tenggayun, Johor, yesterday, while campaigning for the Tanjung Piai parliamentary by-election.

Utusan Malaysia, the oldest Malay-language newspaper in the country and Kosmo!, a daily also published by the company, had ceased operations since Oct 9, due to financial problems.

media
nuj
utusan melayu
utusan malaysia
mohd taufek razak
Related Reports
Utusan will be back, says Redzuan after initial gaffe
a year ago
382 Utusan employees file for Socso aid
a year ago
NUJ condemns Media Prima's move to axe over 1,000 employees
a year ago
Utusan ordered to settle ex-staff salaries by month’s end
a year ago