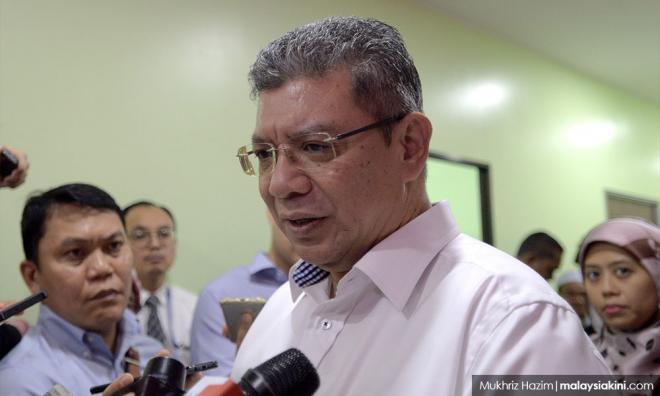 TG PIAI POLLS | Pakatan Harapan is a ruling coalition party that practices the system of equality and fairness, with members of its administration from various races, its secretary-general Saifuddin Abdullah said.

After its victory in the 14th general election, he said, the coalition had always been fair to its component parties, comprising PKR, Bersatu, DAP and Amanah, including in the allocation of posts.

This, Saifuddin said, proved that Harapan adopted an administrative system that emphasised racial unity and respect for one another.

"Harapan is an equal party. When we won in GE14, the number of parliamentary members in the four component parties was not the same… PKR has the most number, second DAP, third is Bersatu and fourth, Amanah.

“How do we (Harapan) want to balance it? When we appoint members of the Senate, we try to balance it. For example, the party with the most number of seats in the Dewan Rakyat is PKR, (but) when we appoint senators, we did not have many from PKR…

“We balance up the numbers by appointing senators from DAP, Amanah and Bersatu,” he said in his ceramah (political talk) in the campaign for the Tanjung Piai parliamentary by-election in Pontian, Johor, yesterday.

The Election Commission (EC) has set Nov 16 as polling day for the by-election, with Nov 12 for early voting.

governance
politics
pakatan harapan
equality & fainess
saifuddin abdullah
Related Reports
Anwar: Politics is competition of ideas, not tussle for power
a year ago
Johor MB: Our ties with DAP good, they're campaigning for us
a year ago
Kit Siang: MCA's Wee was silent on 1MDB, would returning him as MP change?
a year ago
Harapan the best formula for Sarawak - Mat Sabu
a year ago