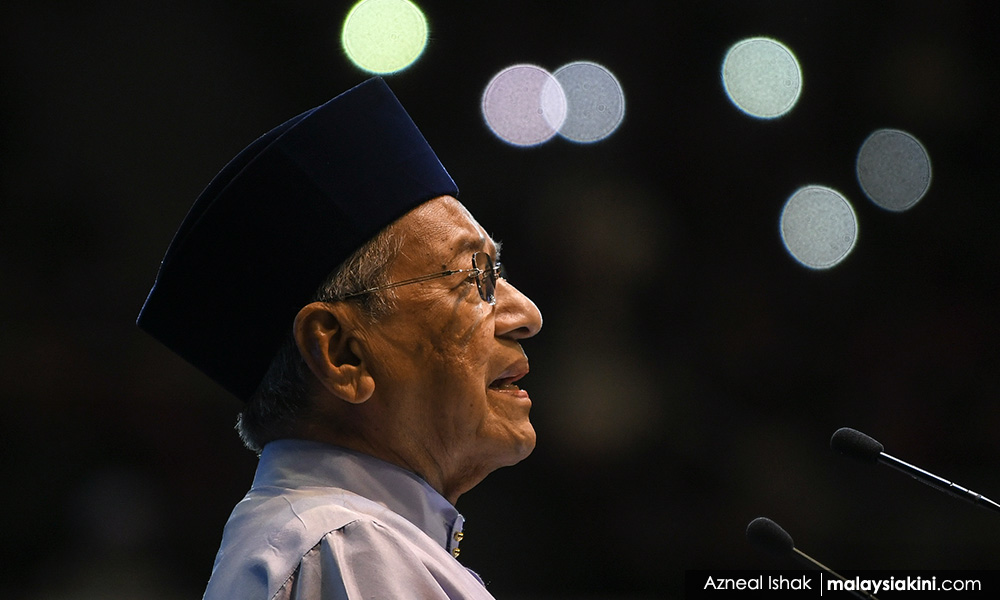 Dr Mahathir Mohamad said Muslims should strive to get the world on their side by highlighting the injustices perpetrated by the Israelis against Muslims in Palestine.

The prime minister (photo) underscored that it is not true that all Europeans or Americans are against Islam or Muslims or the Palestinians, as many are in fact sympathetic.

"We need to get the sympathy and the support of the world if we're going to stop the oppression of Muslims by the Israelis.

"But if we commit acts of terror, we're pushing them towards supporting Israel, because then Israel can claim that we're unable to behave normally and be caring about the lives of innocent people," he said.

He stressed that Muslims must realise in the struggle for one's liberation, acts of terror will not likely result in success like what is seen in the decades-long struggle for freedom of the Palestinians.

Spelling out the recipe of what should be done in this case, he said: "The better thing to do is to gain the sympathy of the world by showing that the Israelis are the perpetrators of the injustice against the Muslims.

“What gives results is a good strategy, using diplomacy and other means to win over the support of many people,” the prime minister said, adding that Muslims must refrain from acts of terror as these would not endear them to the world.

Mahathir also drove home the point that if justice is given to the Palestinians with their claims respected and supported, “I'm quite sure there will be fewer acts of terror”.