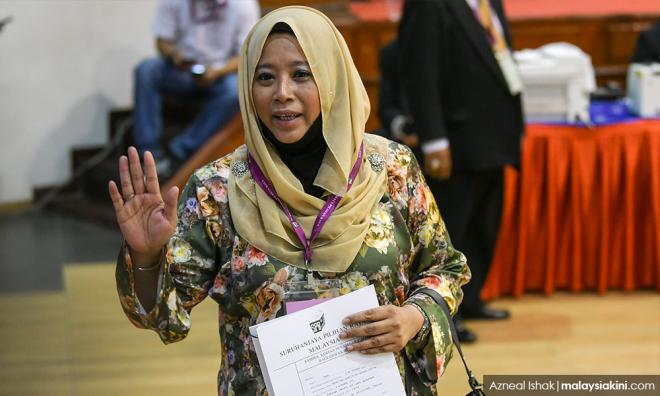 EC chairperson Azhar Azizan Harun said allegations over an incident at a night market in Taman Utama, Pekan Nenas on Saturday were unfounded, and that the situation was handled peacefully.

“This is because the candidate had not paid the campaign material deposit to the local authority. They understood the matter and heeded the advice of the PPKPR. Prior to leaving, the officers shook hands with all the members campaigning for the Independent candidate," he added.

A media portal had reported that Faridah's campaign group was allegedly interrupted by three people claiming to be EC officials, who ordered them to disperse from the night market.

The report quoted Big Blue Capital (M) Sdn Bhd founder Shamsubahrin Ismail stating that the incident occurred when the group was holding a walkabout at the market on Saturday.

Shamsubahrain said the group was approached by some men claiming to be EC officials, and they requested the candidate and her delegation to leave the night market on the grounds that they did not have a permit to campaign in the area.