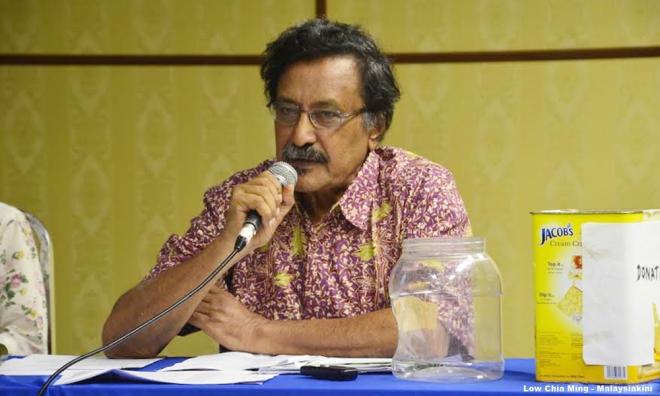 A Penang-based NGO has offered several reasons why the building of the Mount Erskine underpass in the state is not the best option.

Consumers Association of Penang (CAP) president Mohideen Abdul Kader (photo) said the plan is a waste of ratepayers' money and should be scrapped.

"This project is not a priority as traffic flow at this junction is good most of the time, except during morning peak hours," Mohideen said in a statement.

"Even then, the waiting time going to Jalan Burmah is less than 10 minutes," he added.

Mohideen argued that the project would create a massive traffic nightmare for at least two years or more (during construction period) as all residents in the north part of the island would have only one access road - Jalan Tanjong Tokong - to travel to George Town and back.

"Has the Penang Island City Council taken this into account?

"Has the council done a detailed traffic simulation study of this problem?

"If so, please make it public. This solution is akin to cutting your nose to spite your face," Mohideen said.

He was responding to a claim by Chief Minister Chow Kon Yeow that the Mount Erskine underpass is the best option to solve traffic woes.

On Nov 6, Chow said the construction was necessary, or else it would indirectly impede economic development in the area.

Mohideen noted that the Penang Island City Council's (MBPP) 2015 Traffic Impact Assessment showed a projection of 10,000 new housing units expected in the Jalan Mount Erskine, Jalan Fettes and Jalan Lembah Permai areas by 2024 when the underpass was expected to be completed.

He was quoted by Bernama as saying: "The number of vehicles is estimated to increase by 4.15 percent annually in the Pulau Tikus area.

Chow (above) made the statement when responding to an oral question from Lee Chun Kit (DAP-Pulau Tikus) at the State Legislative Assembly sitting on Nov 6.

Mohideen pointed out that even if traffic flows smoothly on Jalan Gottlieb via the underpass, it would hit congestion levels again when cars emerge from the underpass onto Jalan Burmah and Pulau Tikus.

"Why spend RM55 million just to move the traffic jam 1km down the road?" he asked.

The CAP president claimed that the cost of this project has more than doubled to RM55 million, and could possibly be higher due to land acquisition compensation to about 20 landowners, who will receive more than RM20 million.

"Why pay out millions of ringgit at the expense of all ratepayers in Penang for unwarranted projects when simpler, cost-effective solutions that will not destroy the surrounding above-ground community are well on hand?" he queried.

"The local council is expected to raise RM54 million from its proposed assessment rate increases.

"By cancelling this project, MBPP can save RM55 million and reduce its proposed assessment rate increase to benefit all ratepayers," he added.

Mohideen said the council should not waste public funds on bad solutions to traffic congestion.

"What is needed is better management of the traffic light system and stricter enforcement against congestion caused during schools’ commencement and dismissal hours, which will cost next to nothing."