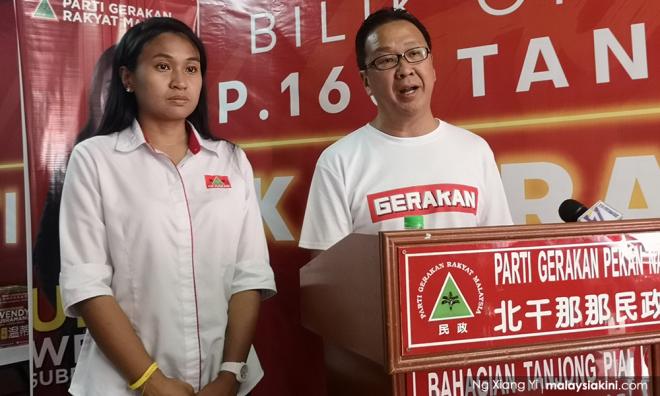 Gerakan: If BN wins, they will veer towards the 'extreme'

"If BN wins, it means that the rakyat or voters in Tanjung Piai accept BN's direction to go to the extreme on racial or religious issues," he said.

Lau said this when asked to comment on MCA and MIC leaders endorsement of Muafakat Nasional during a ceramah last night.

In view of this, Lau urged voters to vote for Gerakan candidate Wendy Subramaniam if they are dissatisfied with both BN or Pakatan Harapan.

"We are all Malaysians. We want the same rights. We are all born here. We all love this country," he said.

When asked if Gerakan was "relieved" that it was no longer part of BN, Lau said his party was now "free" to pursue its ideology.

"We're not like some parties. They have to (negotiate) among themselves. They have different sentiments and cannot make decisions," he said.

Meanwhile, Lau said he was puzzled why the Education Ministry had lodged a police report against him for questioning a ministerial announcement regarding Saudi Arabian teachers seeking training in Malaysia.

Lau said he was merely asking for an explanation and did not slander anyone.