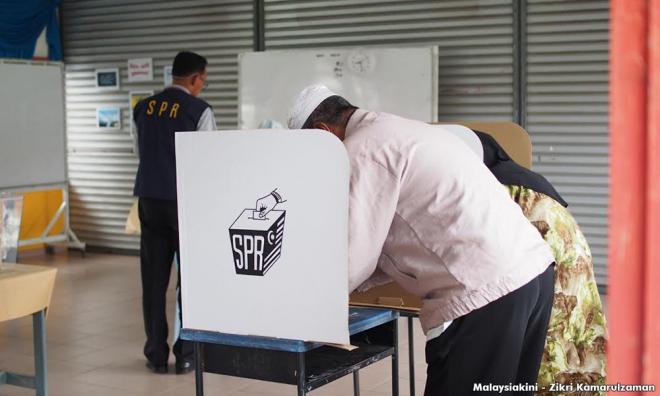 ADUN SPEAKS | There are many ways to skin a cat. Electoral reform may not be the only way to go beyond the narrow confines of race and religion.

I am glad that the Election Reform Committee is seriously looking into ways of configuring the present electoral system that is described as the first-past-the-post system or FPTP.

This is a simple system that allows a candidate to win on the basis of majority votes.

However, under the electoral system in Malaysia that is heavily weighted in favour of ethnic and religious issues, the focus of the electoral competition is on these issues and not on policy matters.

Over the years, this system was reinforced by delimitation exercises that further strengthened the FPTP system in Malaysia.

While I am not sure whether we can intelligently copy the mixed-member proportional system (MMP) of countries like Germany or New Zealand, there is nothing wrong with learning from the electoral systems in these countries.

It must also be realised that the political culture of these countries had much impact on the derivation of electoral systems that can be termed as MMP.

Historical evolution of the political culture leading to the adoption of this electoral system might not be something that can be easily copied or emulated in our excitement to go beyond our particular system.

Yes, the primacy given to ethnic and religious issues in electoral campaigns and competitions is not something to contribute to the progress and development of the nation.

There is dire necessity to move beyond these issues and to embrace matters that are significant for all the communities in the country.

But whatever reforms that we need to bring to the electoral system must be based on the country’s unique history and experience.

This would be the most difficult part to do, rather than to copy the system of another country or countries.

There is no such thing as supplanting one electoral system with another. This might not be even possible as there are too many high stakes in the present electoral system.

Both the ruling coalition and the opposition, having tasted the success of the system, might want the FPTP to continue.

Again, the electoral systems in Germany and New Zealand might not have been instituted to address racial or religious issues in the first place.

Rather, their systems in place might be more favourable to discuss policy matters, rather than matters of ethnicity or religion.

The reform of the electoral system is one way of moving beyond the confines of ethnicity and religion.

It would be epistemologically wrong to think and act that electoral reform is the only way out of the present imbroglio.

A more comprehensive analysis is required, with the participation of all stakeholders to deal with the problem of racial and religious polarisation that has continued unabated in the last few decades.

The Malaysian electoral system is a mere but powerful manifestation of this racial and religious polarisation.

I believe that the Election Reform Committee must continue to hold discussions on reform by enlarging the participation of larger groups of stakeholders.