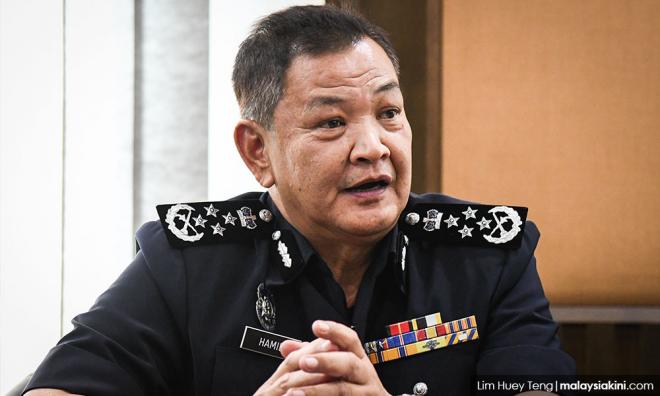 I am not afraid of being investigated by IPCMC, says IGP

Inspector-General of Police Abdul Hamid Bador said he was not afraid to face investigation by the Independent Police Complaints of Misconduct Commission (IPCMC) if there was a report against him.

“Like other ordinary Malaysians, I too, am subject to the country's laws.

"Thus, I am not going to object (to the clause that says IGP is not exempted from an investigation by the IPCMC), nor am I afraid (to face the investigation),” he told reporters after attending the Jerantut Preschool Graduation Ceremony at Sekolah Kebangsaan Jerantut today.

Abdul Hamid also pointed out that there was no reason to be afraid of the IPCMC if one does not violate any laws.

He was asked to comment on Deputy Minister in the Prime Minister's Department Mohamed Hanipa Maidin's statement yesterday that all the Royal Malaysian Police personnel, including the IGP, were subjected to the IPCMC.

Mohamed Hanipa said reports against IGP would be investigated under Section 24 of the (IPCMC) Act and if it was found that there was misconduct, action would be taken by a special disciplinary board to be established by the chief secretary to the government.

In another development, Abdul Hamid said the directive that all political parties contesting in the Tanjung Piai parliamentary by-election must obtain a permit for house-to-house campaigns and walkabouts was made for security reasons and not under the instruction of any quarters.

However, he said the police would be willing to cancel the directive if all parties contesting in the by-election objected to it.

governance
ipcmc
police
igp
abdul hamid bador
Related Reports
IGP not exempted from IPCMC investigation, says deputy minister
a year ago
Out with Sosma and in with IPCMC
a year ago
Police support IPCMC but want authorities to look into their logistical complaints
a year ago
Bill consideration committee seeks feedback on IPCMC changes
a year ago