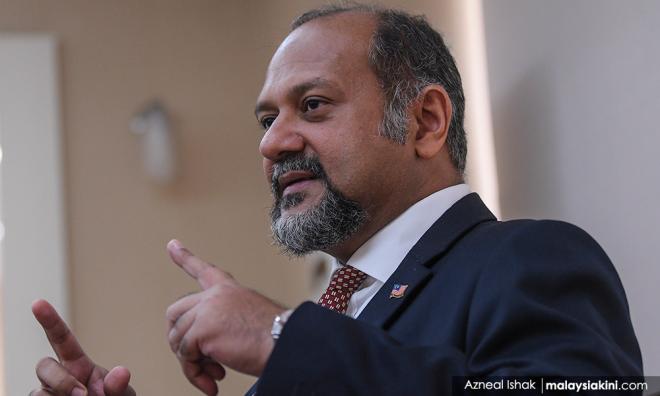 The Communications and Multimedia Ministry will meet with the management of news portals to establish a "fact-checker" system that will determine the authenticity of news sources in its efforts to curb the spread of fake news.

Its minister Gobind Singh Deo (photo) said the responsibility of curbing fake news does not fall on the government alone but must be shouldered by all parties involved in the production and dissemination of news, including via social media.

“If possible, each portal should have a ‘fact-checker' system to check the authenticity of the news and its sources whenever we doubt the news’ authenticity.

"It is still at the planning stage and I'm taking a personal interest in this,” he said during a question and answer session at the Dewan Rakyat today.

Gobind was replying to a supplementary question from Nik Mohamad Abduh Nik Abdul Aziz (PAS-Bachok) on the government's efforts to reduce the number of fake news on social media.

Meanwhile, Gobind said the number of complaints about fake news received by the ministry in the first nine months of this year had increased by 55 percent to 527 cases compared with 340 in the same period last year.

Responding to Nik Mohamad Abduh's original question on the extent to which the website Sebenarnya.my is accessible to the public to confirm an issue, Gobind said the portal, created through the Malaysian Communications and Multimedia Commission in March 2017, had a positive impact in helping address the spread of fake or unauthentic news via online platform.