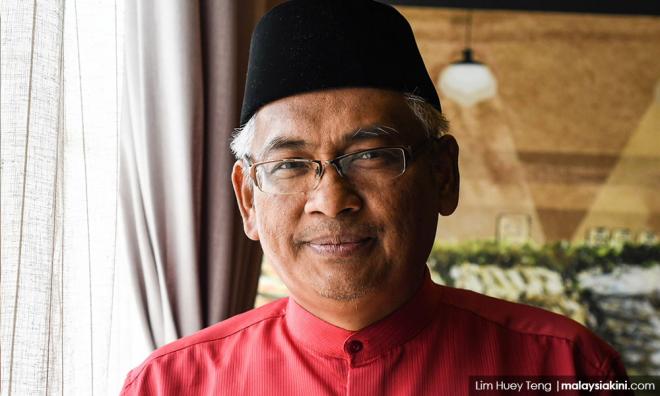 Even before the dust has settled on the video recording of Perak Menteri Besar Ahmad Faizal Azumu lamenting about waging a lone battle against DAP, a new recording has surfaced.

He purportedly met with three Umno assemblypersons, who are not named, to convince them to switch camps to support him as the new menteri besar, replacing Faizal.

PKR Ipoh Timur division chief Shaiful Ariffin was also supposedly present. However, it is not mentioned when and where the meeting took place.

However, the five-minute clip, uploaded on YouTube, does not show the others in the meeting, who grill Aziz on whether he could obtain the support of the assemblypersons in the state.

DAP has 18 seats in the Perak state assembly, followed by six from PKR, four from Amanah and two from Bersatu, bringing the total to 30 in the 59 member-house.

Without Bersatu, the three remaining Harapan parties have 28 seats, two short for a simple majority.

Faizal was the sole assemblyperson from Bersatu to have won in the 2018 general election but the party now has two assemblypersons after Umno's Sungai Manik assemblyperson Zainol Dafzi Paharudin defected from Umno.

Tulang Sekah assemblyperson Nolee Ashilin Mohammed Radzi is a Bersatu-friendly independent who was sacked from Umno for supporting the formation of a Harapan government in Perak.

In the clip, the man talks about a person from Bersatu, whom he identifies as Haji, who informed that they wanted to replace Faizal.

“The story is like this. Haji is among the eight suspended as Bersatu division chiefs...These people made a decision...

“They said they don't want Peja (Faizal). They want Peja 'dibuang' (discarded), dijatuhkan (toppled) and replaced with a new MB.

“So they suggested to meet me. Suggested me (as the new MB). I said 'okaylah'. So this is the aim (of this meeting),” he said.

The man said after securing sufficient support, the matter would be brought to Perak ruler Sultan Nazrin Muizzuddin Shah's attention.

When one of those at the meeting quizzed the man if he would be able to garner the required support, he replied that he had communicated with Amanah deputy president Salahuddin Ayub.

“I have spoken to Salahuddin... to ensure the six (Amanah assemblypersons) would follow the instruction of 'pusat' (Amanah's central leadership).

“Keadilan (PKR) is already here. This means the three parties (DAP, Amanah and PKR) 28 (assemblypersons) is okay,” he added.

Pressed further if “Amanah, DAP and PKR are solid” in their support for him, the man said: “Even back then, when we wanted to appoint the MB, there was nothing. We just signed a blank sheet of paper. We didn't know who was to be the MB.”

To another question if former menteri besar Mohamad Nizar Jamaluddin and assemblyperson Asmuni Awi, both now in Amanah and serve as excos, are on his side, the man said: “This is the reason he met with Salahuddin (to ensure they toe the line).”

The man later claimed that Nizar and Asmuni are not fit to be the menteri besar.

“You know, they are like 'anak raja' (princes)... not the streetfighter type. I am not saying I am one (a streetfighter) but I am slightly better than them,” he said.

He then added that a palace official had told him that he is in the ruler's “good books”.

The man also claimed that PKR president Anwar Ibrahim told him to wait until the latter becomes the prime minister before making a move.

“But that would be too long. I said if we wait for Anwar (to become PM), perhaps PH (Pakatan Harapan) is already 'hancur' destroyed during that time,” he said.

The video ended with the claim that the coup failed after Perak Umno stood firm that it would never collaborate with DAP.

When contacted, Aziz said he had yet to see the video as he was busy with his duties.

However, Aziz said the video was likely similar to an audio recording previously leaked, purportedly about him wanting to become menteri besar.

"It has really a kind of gutter politics you know... this is a thing of the past, why is this being recycled and put up again?

"I have moved on and I don't do this sort of things," he told Malaysiakini.