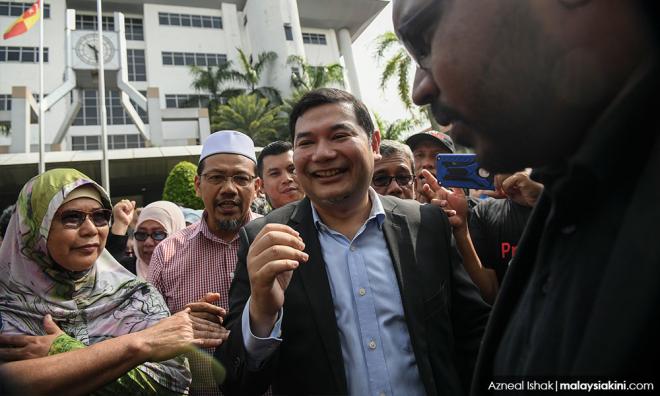 Rafizi not interested in political comeback or positions for now

Prior to the last general election, Rafizi Ramli was a household name after exposing several scandals related to the previous BN government.

However, the former Pandan MP did not contest in the national polls after the Shah Alam Sessions Court imposed a 30-month jail sentence on him for leaking confidential banking details belonging to the National Feedlot Corporation (NFC) in March 2012...