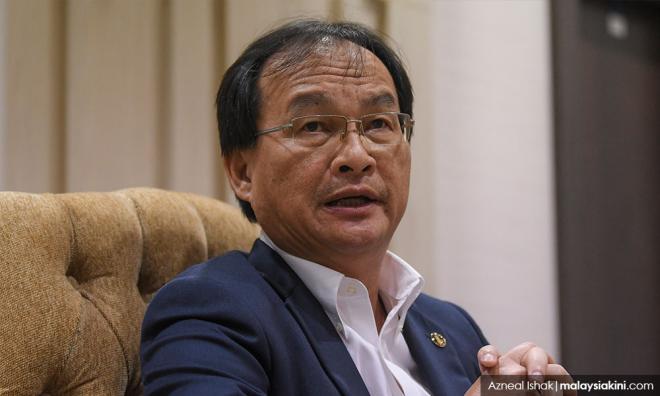 Factional friction over PKR deputy president Azmin Ali losing his invitation to officiate the party’s Youth wing congress continues, with its Sarawak chapter now threatening to cancel its convention unless the situation is resolved.

In a strongly-worded statement today, the state leadership led by chief Baru Bian decried the snub as a violation of party tradition and an attack on democratic principles.

“Sarawak PKR calls on the party’s top leadership to avert a party crisis immediately. Until and unless it is resolved satisfactorily, and democratic principles are restored and honoured within the party, the Sarawak PKR Convention slated for Nov 23 in Miri, Sarawak is cancelled...

“Sarawak PKR cannot and will not condone such an attack on the democratic principles which the party stands for and on which it was founded.

“As responsible leaders, this crisis must be arrested now before it leads to the total fragmentation of the party...,” Baru said.

As presented above, certain words in the statement were written in capital letters for emphasis.

Baru, a known ally of Azmin, explained that democracy had been violated as the views of elected party representatives had been “unilaterally” sidelined.

“This unilateral decision by a handful of leaders to rescind the invitation shows no respect for the voice of PKR members represented by elected office bearers.

“Democracy within the party is now under serious threat and is being blatantly disregarded. Where is the principle of ‘one member one vote’?

Wan Azizah to be invited to officiate congress

The PKR Youth leadership comprises 43 members, of which 25 are elected and 18 are co-opted.

Youth chief Akmal Nasrullah previously explained that the decision to break tradition and invite the party’s highest-ranking government official was decided at by the wing’s national leadership at an Oct 20 meeting.

The wing also accused Azmin of not responding to an invitation to officiate the congress previously sent to him.

Azmin has since counter-claimed that he had accepted the invitation before it was rescinded, and branded the move as an attempt to “silence” him from airing criticism about his own party, pointing to supposed “hidden hands” behind Akmal.