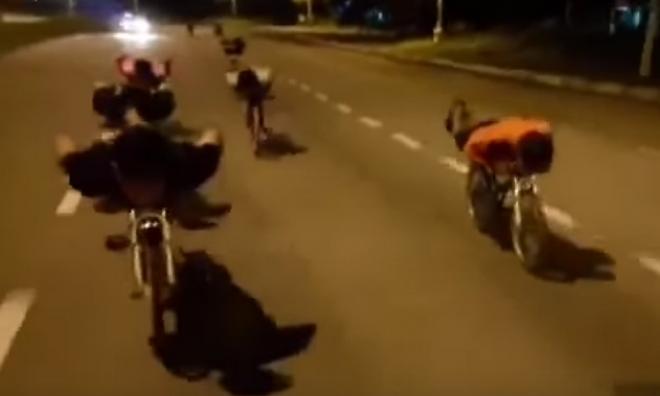 YOURSAY | ‘When the news broke, my conclusion was that the driver was at fault…’

Vijay47: This sad but straightforward issue now sees the confluence of three facets, two of which reflect the brutal reality of Malaysia.

First, there is the accident itself. When the news broke, my conclusion was that the driver was at fault and the grounds of the magistrate’s decision later do not lessen my belief.

For sure, the cyclists contributed to their own demise and we can condemn them and their parents, but that would not remove the driver’s responsibility.

Eight cyclists died and since it can be expected that boys on a cycling lark would not have been a compact unit, it must mean that the car had travelled quite a distance mowing them down.

If she were not speeding, even relatively, she should have been able to stop at least after the initial collisions.

It was “a dark, hilly and winding road that the driver was not familiar with”, which meant that there was all the more reason for her to be been extra-vigilant.

Otherwise, is everyone on dark hilly roads prey to being knocked down? Nevertheless, the prosecution has now filed an appeal - let the case be judged on its merits.

Which brings us to the second facet, a most worrisome one. Clearly, Umno president Ahmad Zahid Hamidi and the rest of the Malay fanatics are fighting a war of attrition. As in the case of that conveniently dead firefighter Muhammad Adib Mohd Kassim.

These extremists do not care a damn for the Malay victims, firefighters or cyclists. Their sole mission is to use any matter to wear down non-Malays who hold any position of importance and here, we have an Indian, a Christian at that, as attorney-general.

Zahid’s mission is to remove Tommy Thomas and all non-Malays from significant posts, thus fulfilling the words of that prophet from Mumbai’s slums that a Muslim, however foul, crooked and unscrupulous, is preferable to a non-Muslim of honour and integrity.

The third element is Tommy Thomas himself. His commitment to “freedom of speech” is commendable, but one wonders whether he has been unduly lenient.

Zahid’s recent speech had crossed all boundaries of tolerance and it was an open, direct attack on the judiciary itself.

Why are you holding back, Sir? You should have ordered the police to drag Zahid to court by the scruff of his mangy neck and if they hesitated, then to drag the inspector-general of police to court also.

Tommy Thomas, you are the attorney-general, and there is a tide in the affairs of men when duty demands you act fearlessly and bring to account all those however influential they may be.

Gaji Buta: In the West, accident investigation experts would be called to help in cases like the one in Johor. There is even software available to simulate the accident.

Also, the design of the road and lighting system should also be reviewed to see if it meets codes and necessary safety requirements.

If not, the road designer can also be at fault and can be deemed as to have contributed to the accident, e.g. sharp bend radius, blind spots, poor illumination, etc.

It is about time that we introduce a system of handling such cases in this manner here.

Mazilamani: Indeed, it is about time to import foreign experts to help with legal cases in Malaysia.

We recently had a forensic doctor whose findings and opinions were outrightly rejected in the tragic death of Muhammad Adib.

Now it is the case of a judge whose verdict was rejected in regards to the death of eight kids who said to have been involved in illegal racing.

What is the impression we are sending to the world, if it is not that our professionals are incompetent? Why appoint them if they are only going to be disgraced?

Why incur double expenses arrived from public taxes? We are actually spitting on our own faces. Why are we falling prey to unseen pressure?

Steven Ong: The driver may be speeding but the accident was unavoidable due to the very fact that a group of wild and reckless young cyclists were in the middle of her path.

To appeal on the merit of her not familiar of that route, location and whatever about her identity is merely pressure or coercion by interest party or parties and in contradiction of the fact of the accident.

Mission Accomplished: Why don’t we just let the souls of the departed rest in peace? If those irresponsible cyclists did not place themselves as a barrier on the road, would the driver crash into them?

The speed she was driving was immaterial - it was a different issue and would not change the outcome.

Annonymous: It's obvious that ours is a court of public opinion and the world is aware of the constant persecution and oppression suffered by this poor and innocent Chinese woman motorist.

The grave injustice was to charge the woman for reckless driving when it was clear that the reckless kids were allowed to constantly abuse expressways and blatantly perform illegal and highly dangerous activities that threaten the lives of fellow road users.

How on earth was it possible for 30 young school-going kids to regularly and freely gather at 3am in the morning in the middle of the dark expressway on a school day and causing havoc threatening the lives of innocent motorists plying the same road?

Anonymous 2460851488616887: Not only we have to put up with the antics of the mat rempits on our highways, we now have to watch out for mat lajaks in the middle of the night.

We pay huge taxes on our cars and road tax but the mat rempits terrorise the highways without any enforcement from our police.