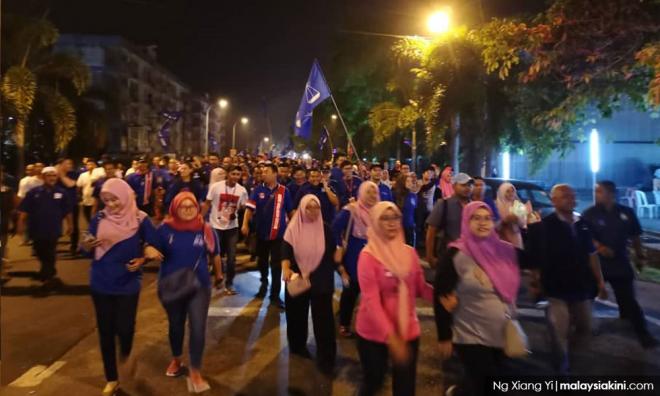 Tanjung Piai debacle, lessons to be learnt and pitfalls to be avoided

COMMENT | What was shocking in the Tanjung Piai by-election results was not so much the victory of the BN candidate but the majority he obtained.

MCA proved that under the right circumstances it was able to obtain the support of both Chinese and Malays.

The party cannot be written off yet.

What really went wrong and why Pakatan Harapan or Bersatu could not perform even with Prime Minister Dr Mahathir Mohammed undertaking a personal campaign to the extent of writing a personal letter remains unclear.

The victory was not so much the superior performance of BN or because of the political pact between Umno and PAS.

It was a by-election where the Chinese wanted to teach the Harapan government an important lesson.

Harapan’s lacklustre performance since last year,'s general election victory, the government’s policy on Jawi calligraphy, the slow pace of progress on recognition of the United Education Certificate (UEC), the Malay Dignity Congress and others were hurtful to the Chinese and non-Malays in general.

It was not that BN was superior in terms of strategy, but rather the election result was an indication of the people's pent up anger and frustration at Harapan.

I think end-result was a protest vote against Harapan to get things in order before a heavier punishment could be inflicted nation-wide.

In fact, election results by polling districts reveal that both non-Malay and Malay votes swung in favour of MCA's Wee Jeck Seng as a protest against Harapan.

PAS might have supported the MCA candidate due to its political pact with Umno, but it was not really instrumental in getting Malay support for the BN Chinese candidate.

Malay support was already there for Umno long before the political contest. The late entry of PAS on the side of Umno and BN might have only increased slightly support from the Malays.

It was not only the poor performance of the Harapan government in addressing the reforms promised but also its engagement with Umno and PAS to wean away Malay support that alienated the non-Malays.

Both Malays and non-Malays, particularly the Chinese, threw their weight behind the MCA to register their dissatisfaction with Harapan.

The non-Malays, especially the Chinese, and to some extent Malays will continue to cast their protest votes in future unless Harapan changes its present course.

This is the fourth consecutive victory by the opposition in Peninsular Malaysia.

There are important lessons to be learnt in this debacle by Harapan and its component parties.

Harapan should stop being champions of race and religion by focussing on the implementation of what was promised to Malaysians in its election manifesto.

It cannot fight the opposition by staying on the same terrain but have to choose a platform of governance based on addressing the myriad needs of Malaysians, irrespective of race and religion.

The recent use or misuse of Security Offences (Security Measures) Act of 2012 or Sosma in detaining 12 Malaysian Indians for alleged links with the defunct LTTE did not endear the government to many sections of the Malaysian public.

A time has come for Harapan leaders to take stock of things to understand why there is so much groundswell against the coalition and how to reverse the trend.