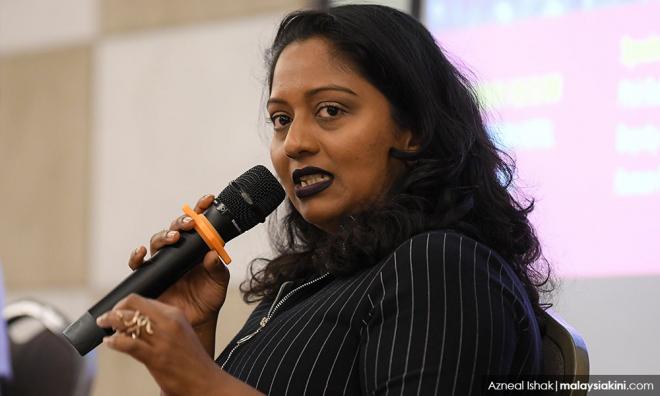 Amnesty International Malaysia has called on the Selangor Islamic Religious Department to drop the charges against 11 men for the "attempt of sexual intercourse against the order of nature".

It noted that four out of five men who pleaded guilty were today caned, but are still not off the hook yet as they also face between six to seven months jail sentences which they are appealing.

"These vicious punishments against LGBTI people are the actual crimes being committed here.

"The religious police used more than 50 officers to ensnare these men in a sting operation – all to bring hateful charges and inflict cruel, degrading punishments. The whole affair is a scandal and a judicial travesty," Amnesty International Malaysia executive director Shamini Darshni Kaliemuthu (above) said in a statement.

The fifth person who pleaded guilty was not caned as he is appealing both the caning and the jail sentence. The other six pleaded not guilty.

"Same-sex relations are not a crime. Yet the Malaysian authorities are going to terrible lengths to vilify LGBTI people by exacting these cruel punishments.

“Malaysia should be creating an environment in which LGBTI people are free from discrimination, not ensnaring and beating innocent people," she said.