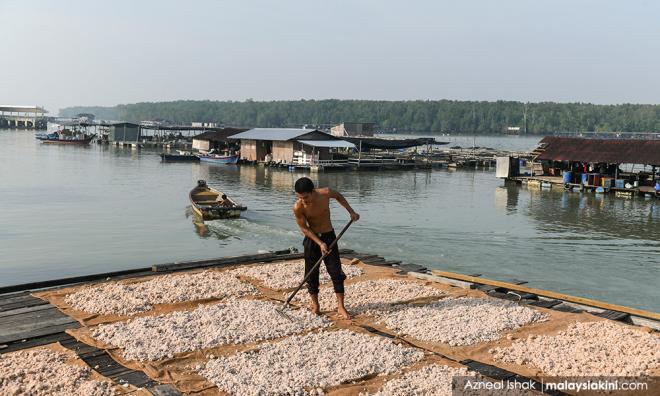 Yoursay: Tanjung Piai a watershed or Waterloo for Harapan?

Vijay47: It must not be ignored that the seat of Tanjung Piai was given away by the voters, not won by MCA.

Yet I will not say that the rout spells the end of Pakatan Harapan, but whether it arises from this savage defeat or whether it will be buried depends on the leadership of the parties making up the coalition.

These leaders must focus on only one objective and that is the well-being of the nation. They must be guided by integrity, a commodity greatly in short supply of late.

Their conduct in Tanjung Piai was far worse than Umno, shamelessly indulging in the same manner of voter rewards that Umno was previously criticised for.

The Harapan leaders must speak up, though not necessarily in public.

This brings us to the hemlock in the chalice. It boggles the mind that Bersatu, the party with the least seats, calls all the shots, with the others meekly wrapped around its little finger.

Bersatu must be told in no uncertain terms that they either toe the line for the greater good, or take a flying leap with its leader in tow.

Which brings us to Prime Minister Dr Mahathir Mohamad. He will never again regain the people’s trust, and any respect accorded to him will be due to his age rather than his accomplishments.

He has made his bed, now he must lay on it; he could have been a Mandela, but he chose to be a Mugabe. It is your call, Harapan - madu (honey) or racun (poison)?

Proarte: The worrying thing is, DAP leaders ditched their espoused principles and went along with Mahathir's racist, divisive agenda. It was Mahathirism and its corrosive effects on good governance which allowed for the excesses of former prime minister Najib Abdul Razak and turned him into a kleptocrat.

After Harapan won the elections, Mahathir laughed off the election manifesto, saying unrealistic promises were made because they did not think they were going to win the elections.

Mahathir has been doing his utmost to destabilise Harapan, including being equivocal about the two- year period of transition of power to PKR leader Anwar Ibrahim.

It was made clear to the rakyat in the last elections that Mahathir was to be the interim PM because Anwar was in jail following a show trial which Najib engineered using the same Mahathir sodomy script.

From his actions, it is clear Mahathir has not reformed and still believes in the notion of Malay supremacy and 'privilege', and the non-Malay citizens are generously tolerated. This immoral and mendacious philosophy has informed Malaysian politics for far too long. It has resulted in the Malay elite ruling on entitlement and privileges.

The result is a debilitated nation which can never achieve its full potential, and in fact, will head towards a failed state if no corrective measures are taken.

David Dass: The people now know the worst of the previous administration, and yet they are prepared to vote them in. Some of their leaders are faced with scores of criminal charges and yet they support them.

Such is their anger, disappointment and disillusionment with Harapan.

GE14 was supposed to bring in change. It started with a bang. The Council of Eminent Persons (CEP) and Institutional Reforms Committee (IRC) had their hearings and produced their reports. They were handed to the prime minister, and then shelved.

Oppressive laws pledged to be repealed are not only still in the statute books, but are being used to persecute people.

Radical reform of the educational system has produced very little; in fact creating issues like the non-recognition of the United Examination Certificate (UEC), the introduction of khat, the number of Matriculation places, the threat to do away with vernacular schools.

The Malay Dignity Congress and the stupid things that were said there conveyed the impression that there is never going to be serious reform.

Just a Malaysian: The most important thing is to stick to what Harapan stands for and what is right for the country. Mahathir played politics, tried to waver on all fronts, pleasing no one, but angering all.

We need a statesman with a sole purpose to clean up the country and realign its core values so that the country can move forward. Mahathir is passe. He is so 90s in his thinking. It’s time for him to retire.

Hang Babeuf: People must now look at the situation with illusion-free clarity.

The net effect of GE14 has been, first, to drive the unreformed rump Umno and PAS into an alliance,

largely on PAS’ terms; and, worse, to empower Bersatu, operating under Harapan’s flag and auspices, to implement Bersatu/Umno/PAS policies for the promotion of their common stance of "Malays on top, now and forever - that, with Islam’s imprimatur, is Malaysia, like it or leave it!”

So what to do? An alternative and genuine opposition must be created from the diverse “civil society forces” that impelled Harapan to victory in 2018.

This is the challenge that now faces Bersih, G25 and everybody else of similar inclination, who must now begin, urgently, to create and install a different kind of national government.

Have no illusions: It will be a long, hard road.

One of the reasons why non-Malay voters are upset is DAP turning into Bersatu’s doormat, like what MCA is to Umno. DAP has to be daring, as in the past, to call a spade a spade.

Quigonbond: It’s good to be humble and acknowledge that a lot needs to be done. But no one is really addressing the elephant in the room. This is not a vote for Muafakat Nasional (the Umno-PAS alliance). It is a protest vote.

The danger of a protest vote is that when people are upset, they don't think what bringing back the klepto-theocrats will do to the nation.

Hence, Harapan, and especially Bersatu, should be under no illusion that they can slap paint over their flaws and all will still be well for GE15.

Don't spin it as Umno-PAS' divisive narrative, when the media is a lot freer today than ever. It is precisely because the media is free that the nonsense spewing from Bersatu is known far and wide, and rightfully condemned.

Apollos: Liew says the Harapan leadership will conduct a nationwide tour to listen to the views of the grassroots to chart its future direction.

We have spoken for the past 18 months. Apparently, it has fallen on deaf ears. What will that this nationwide tour be any different? Putting on a facade that Harapan is listening?

Jaded: The fact that Liew needs to undertake a "study" of the grassroots to find out why they lost is worrying. It reflects the government, so enamoured with their own narrative, they have stopped listening.

BN once ruled from an ivory tower. It seems the same fate has befallen the Harapan government now.

Sure, Harapan is new, but it's almost two years now and aside from the criminal cases against Najib, there hasn't been much changes. Mahathir is still spewing racial rhetoric. DAP was silent as a mouse when the race superiority issue was drummed up.

Headhunter: There is no need to go for a nationwide roadshow. It's just a waste of time. The rakyat has spoken repeatedly, but no one was listening. Just read Malaysiakini subscribers' comments and you should get the drift.

The question is, do you in Harapan dare to take the bull by the horns and do what is necessary or still continue with your one-man show?

Anonymous_b5fa4795: What Liew said is very sensible. We need an inclusive narrative to move forward. Harapan cannot compete with Umno-PAS by veering further to the right.

What they should do is to hold on to the middle ground, and discipline their leaders and members to move away from playing on racial sentiment, and focus on governance.

I agree that Mahathir should go. I agree that some nitwit ministers need to go. But give credit where credit is due. DAP ministers are the most hardworking and sincere of the lot. Do not count chickens with the ducks.

Skippy: Keep on talking... but realise that you're wasting your time, and ours.

You know what's wrong. You just don't have the courage to say it. You allow a mosquito party to ride roughshod over us, and all of you kept quiet. So, keep talking… it won't help you unless you decide to walk your talk.

XED: Umno and PAS seized the opportunity to decide on the agenda, one based on race and religion.

Instead of Harapan changing the agenda to one of universal values, respect for the rights of non-Malays and non-Muslims, respect for human rights, respect for minorities, respect for women, a stronger position against corruption, cronyism, and mismanagement, an emphasis on needs-based policies to fight poverty, and the promotion of meritocracy, it tried to outdo Umno and PAS at the latter’s game.

Some of Harapan’s outrageous moves: protecting Zakir Naik; introducing khat in government schools; dragging its feet on recognition of the Unified Examination Certificate (UEC); trying to pass a bill in the Selangor state assembly for the unilateral conversion to Islam of children by a parent; supporting the Malay Dignity Congress; dragging its feet on correcting the injustices suffered by the people of Sabah and Sarawak; keeping and using unjust laws.

As has been said, the more things change, the more they remain the same. Harapan carries much of Umno’s DNA. Here’s the lesson from Tanjung Piai - don’t take your support for granted.

Anonymous_152818822: Indeed, Harapan must pursue relentlessly its manifesto and its principles. No compromise.

If at the end of the five years, the rakyat decided to vote against Harapan for sticking to your principles, at least you bow out with grace, honour and dignity. If they vote for Harapan at the end of five years, you got it right,

But to play politics and betray the very principles that got you voted in during GE14, is sad, disheartening and downright disgusting.