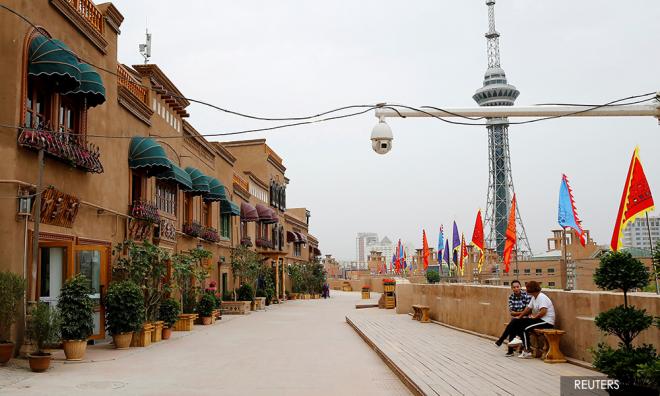 A report in the New York Times that included 400 pages of leaked internal documents on the internment of Uyghur Muslims was "fabricated" and prompted by "hostile foreign forces", the gov't of China's far western region of Xinjiang said.

United Nations experts and rights groups estimate more than a million Uyghurs and members of other ethnic groups have been detained in camps in a far-reaching campaign that has triggered an international backlash.

The news report included a series of speeches by Chinese President Xi Jinping to Xinjiang officials in 2014, as well as written directives for officials on how to speak to students whose family members had been detained.

In a statement, the Xinjiang gov't described the New York Times report as "fake news" that "was entirely collusion and fabrication by domestic and foreign hostile forces".

Monday's statement, released on state media, gave no details regarding which parts were fabricated, however.

Earlier on Monday, China's Foreign Ministry did not deny the documents' authenticity, but said the programme had been successful and the "experience could be borrowed in other countries".

The documents also showed that internment camps in Xinjiang were expanded rapidly in 2016, when Chen Quanguo was appointed the Communist Party chief of the region.

China has given no official figures on the number of people detained.