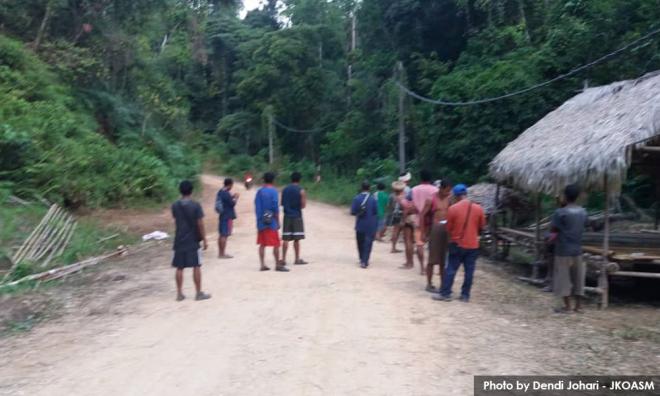 The Orang Asli Affairs Department (Jakoa) is seeking emergency funds to provide food supplies for villagers in Pos Simpor, Kelantan, according to its director-general Juli Edo.

This follows reports of the community in Gua Musang facing food shortages after their crops were destroyed by elephants and their homes flooded.

"To ensure adequate food supply for the Orang Asli in Gua Musang, Jakoa is making efforts to secure emergency funds so we could urgently provide food basket assistance to the villagers during this rainy season," he said in a statement.

Online portal The Malaysian Insight this morning quoted Pos Simpor Orang Asli activist Nur Mohd Syafiq Dendi Abdullah who said the villagers only had one bag of rice left and they were left no choice except to seek for public help.

He reportedly said this was as Jakoa had supposedly told villagers from Kg Jader, Kg Penad and Kg Sedal that it lacked funds to assist them.

He said villagers are faced with difficulties to replenish their food supplies as continuous rain and floods have blocked the main access road making it almost impossible to pass through using motorcycles.

"Jakoa will take urgent action to temporarily repair critical road damage so that it would be useable for the Orang Asli villagers.

"In the long run, access roads to Orang Asli villages around Gua Musang will be upgraded through the Gua Musang Orang Asli Villages Integrated Development Programme, scheduled for completion in 2023," he said.

On elephants destroying their crops, Juli added Jakoa will also set-up a meeting with the Wildlife and National Parks Department to find a solution for the problem.