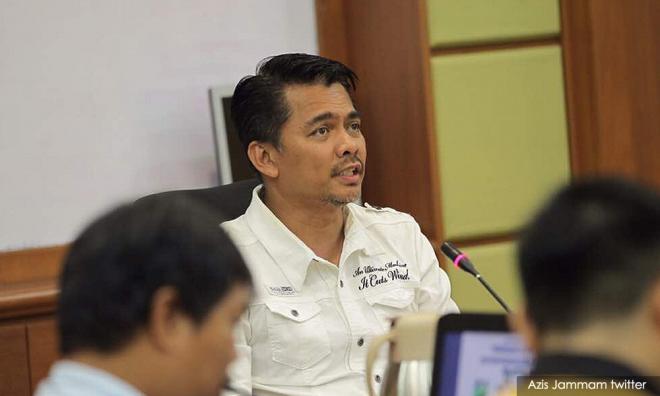 Deputy Home Minister Mohd Azis Jamman has clarified that while police have the right to inspect one’s mobile phones, they cannot do so without reason.

He said “confusing” media reports on his statement at the Dewan Rakyat yesterday concerning the matter led to readers forming the wrong opinion without first reading the entire article.

“I said (yesterday) that inspection of the public’s phones can be carried out if there is a police report suspecting it has been used to spread inappropriate material, and inspections cannot be carried out arbitrarily," he said.

“This is based on Section 233 of the Communications and Multimedia Act (CMA) 1998, to inspect mobile phones when conducting investigations and when carrying out duties to preserve public order.

“I meant police can also take action based on the stipulation in Section 103, 104 and 106 of the Criminal Procedural Code.”

Azis reportedly said in Parliament yesterday that the police were allowed to inspect handphones to ensure there were no obscene, offensive, or threatening material that could affect public order.

"However, the public should be aware of their rights during a random check, including requesting the identity of the police officer conducting the search for record purposes, in case there is a breach of SOP," he was quoted yesterday.

This was agreed to by the deputy minister, who claimed this was in line with his own statement in Parliament yesterday.

Meanwhile, lawyer Syahredzan Johan said the police must have “reasonable cause” to inspect mobile phones.

“I think a lot of people think the situation is like what they watch in American TV shows. But here, you can be arrested, searched and have your items seized without a warrant,” Syahredzan, who is also political secretary to DAP supremo Lim Kit Siang, tweeted today.

“Of course, there must be ‘reasonable cause’ and whatnot but that’s not a high bar.”

Together with his tweet, Syahredzan included an excerpt from Section 248 of the CMA concerning search and seizure without a warrant.

Section 248 states that in the absence of a warrant, a police officer ranked inspector and above may enter premises and exercise authority in a manner as though in possession of the magistrate-issued warrant if there is a “reasonable cause” to believe that evidence would be damaged, removed or destroyed.