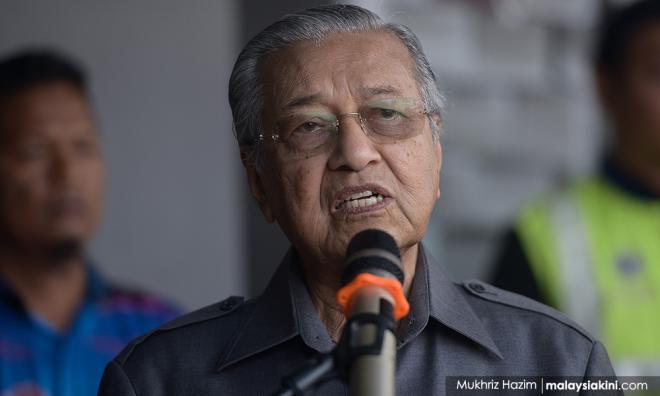 Prime Minister Dr Mahathir Mohamad said the reversal of the United States' position on Israel’s settlements in the occupied Palestinian territory is an absurdity amounting to legalising land grabs by neighbours of the country.

Commenting on reports quoting US Secretary of State Mike Pompeo who announced that President Donald Trump’s administration did not view Israeli settlements in West Bank illegal, Mahathir said it was a blatant disregard of international laws and multiple United Nations resolutions.

“We are no longer safe. If a country wants to enter our country and build their settlements, that is legal. We cannot do anything,” he was quoted as saying in a statement issued by the Prime Minister’s office, today.

Mahathir also expressed fears that the timing of the Trump’s administration announcement would further embolden the Israeli forces, which are now on a vicious killing spree on Gaza with reports citing children among the casualties.

“You announce that their illegal settlements are not illegal at a time when they are conducting these unjustified attacks on Gaza… Isn’t it like encouraging them to continue to murder the children and civilians, and that they will not be punished.

“Instead, they will be rewarded with setting up settlements on the land of the people they had killed and murdered,” the prime minister said.

The move by the Trump administration has drawn international outrage as the reversal departed from a State Department 1978 legal opinion that the settlements were inconsistent with international laws.