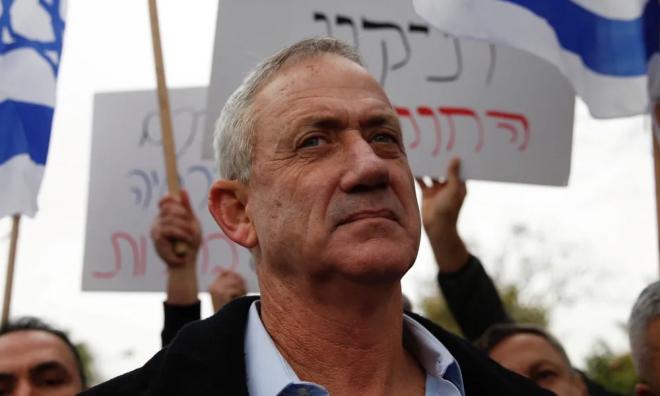 Israeli Prime Minister Benjamin Netanyahu's challenger, Benny Gantz, announced Wednesday he had failed to form a government by the midnight deadline, increasing prospects for a third election in Israel in less than a year, Xinhua news agency reported.

Gantz said he had informed President Reuven Rivlin of his decision and returned the mandate to form a government that the president had given him last month.

In public remarks, Gantz, leader of the centrist party of Blue and White and Israel's former military chief, accused Netanyahu of refusing a unity government.

He said Netanyahu had refused to drop the demand for parliamentary immunity from a series of corruption investigations in which he is the main suspect.

"This is a dangerous and unprecedented attempt in the history of Israel to prevent the people of Israel from having the government they have voted for," Gantz said, referring to the Sept 17 elections, in which his party won the largest number of votes.

He blamed Netanyahu for "entrenching himself in an interim government for over a year" to avoid indictment.

Netanyahu was tasked by the president with forming a new governing coalition ahead of Gantz because he was supported by a larger right-wing bloc. But, like Gantz, he failed to gain a 61-seats majority needed to form a coalition in Israel's 120-seat parliament.

The country now enters a 21-day period in which any lawmaker with 61 supporters in the parliament could present a government before new elections are called.

Israel's political system has been paralysed since the closely-fought election on Sept 17, in which no party won enough votes to form a majority coalition in the 120-seat parliament.

The elections were the second time Israelis cast their votes in five months. Netanyahu failed to form a coalition government following the April election, which led to the second elections in September.