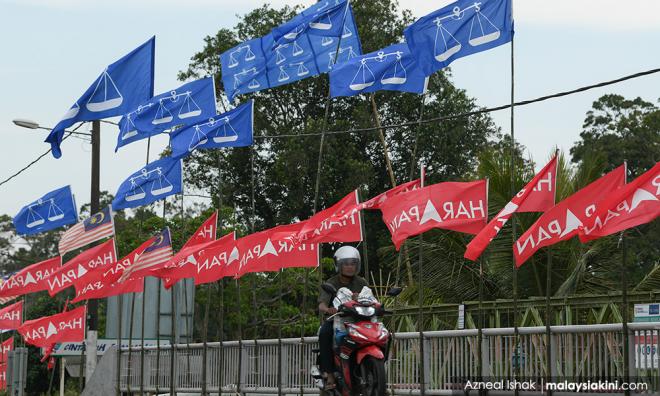 Will things get worse before they get better?

COMMENT | I am not sure whether the title appropriately captures the present position of Pakatan Harapan after having disastrously lost the Tanjung Piai by-election on November 16.

It was not only a by-election but also a bad omen of things to come for Harapan if the reasons for the defeat are not honestly and bravely analysed in the near future.

The by-election was not a popularity contest between the opposition BN and the ruling party, but a protest vote against Harapan.

BN should not take delight in the Pyrrhic victory as it was one of default.

Yes, the defeat of Harapan was the lowest point of the coalition after it dethroned BN following the latter’s domination of the Malaysian political scene for more than six decades.

If BN could defeat Harapan in a mere by-election, whether it was default or not, then there is something really amiss about the ruling coalition.

The “take it for granted” attitude on the part of Harapan leaders, the lack of dynamism in giving teeth to the reforms promised in the election manifesto, the undifferentiated race to the bottom on race and religion, the absence of a definitive succession plan, the emergence of intra-party rivalries, lack of progress on policy matters, and others can be attributed to the protest vote.

Things will only get worse for Harapan if the above measures or the promised reforms are not translated into concrete tangible actions.

One year and eight months is long enough for the ruling coalition to get its house in order.

The government should not ask for more time on the grounds that the ministers are new and lack experience.

Actually, the rakyat might be understanding to some extent, however, not when the government is not seriously performing and ministers engaging in a series of u-turns.

I think that the government’s protection extended to the controversial preacher Zakir Naik and the charges against 12 persons, including members of Harapan component parties, on their alleged links to the defunct LTTE organisation was something totally unacceptable to Malaysians.

The longer Zakir Naik is given protection in the country, the longer it will take the government to convince the people of its good intentions.

I have full confidence that Harapan will emerge from this temporary setback to regain lost confidence and trust amongst Malaysians of all races and religions.

The ruling coalition must ensure that the present default support for BN is not translated into full-fledged backing.