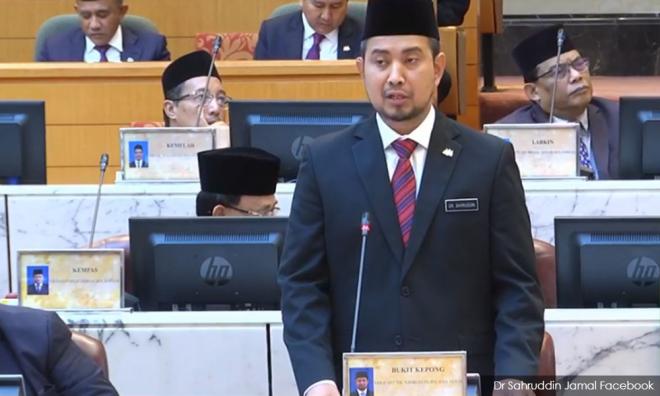 It was the second surplus budget tabled by the Pakatan Harapan government and the first by Johor’s 17th Menteri Besar, Dr Sahruddin Jamal (above).

According to Sahruddin, the state’s estimated revenue in 2020 would be RM1.785 billion against projected spending of RM1.783 billion.

“In the Johor Budget 2020, the state government has listed 183 focal points for implementation,” he said when tabling the budget at the Johor State Legislative Assembly in Kota Iskandar, Iskandar Puteri today.

“The rationale behind the reduction in the number of focal points in 2020 is because the state government is focusing more on specific sectors that focus on the people's well-being and economic growth,” he said.

The Johor menteri besar said the state government's estimated revenue of RM1.785 billion in 2020 would be the highest revenue estimate in the state's budget history.

“This means that the estimated revenue for next year will increase by 15.02 percent compared to 2019,” he said.

According to Sahruddin, a total of RM963.13 million which excludes contributions from the various trust fund under Section 10 of the Financial Procedure Act 1957, would be allocated for operating expenditure, comprising emoluments (RM515.95 million), services and supply (RM273.45 million), assets (RM17.83 million) and other expenses (RM155.90 million).

For next year’s development expenditure, the state government he said, would allocate RM780 million through contributions to the consolidated development fund, an increase of RM180 million from RM600 million in 2019.

Sahruddin said Johor was also trying to reduce its debt with the federal government with the state government loans is expected to decline to RM222.39 million by Dec 31.

“This is due to the full repayment of loans as scheduled and the adjustment of some of the state government’s loans with the federal government from loan financing to grant financing.

According to him, the Johor state government through the Johor State Treasury (PNJ), the Johor State Economic Planning Division (BPENJ) and the Johor Water Regulation Body (BAKAJ) will also hold discussions with the management of Asset Air Bhd (PAAB) to resolve the remaining water debt transfer balance of RM145 million.

If the balance of the water debt transfer is implemented, then the state government’s loan is expected to be reduced to RM71.71 million by Dec 31, 2020, he said.