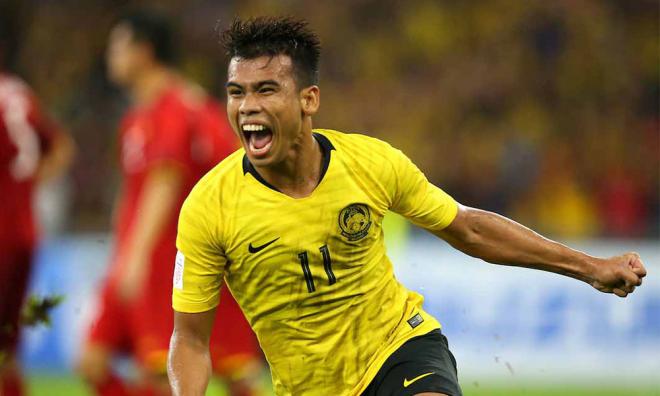 Coach wants Safawi to return stronger after being dropped from squad

This is not the first time that Harimau Malaya ace Muhammad Safawi Rasid has been dropped by Under-22 national football team head coach Ong Kim Swee from his squad.

In 2016, Ong, who was then the national team head coach, left Safawi out of the squad for the AFF Cup, which saw Malaysia failing to reach the semi-finals.

Fast forward three years, and the Most Valuable Player (MVP) at the National Football Awards for 2018 and 2019 is now at the pinnacle of his career, proving his quality at the international stage with the national team, as well as with Johor Darul Ta'zim (JDT) at the domestic level.

Being dropped from the national squad at the time was like a turning point in Safawi’s career, as he came back much stronger, and Ong now wants every young player to emulate the latter’s determination and character.

"If I’m not mistaken (Safawi’s turning point was) at the 2016 AFF Cup when I had dropped him. When he was dropped, he came back full of positivity and never gave up. This really boosted his confidence.

"Every player should emulate Safawi, when he failed or was dropped, he came back stronger, and now he is the best player in our country," Ong told Bernama.

The coach confirmed yesterday that Safawi would not be in the national Under-22 squad for the 2019 SEA Games in the Philippines after having played a hectic schedule in the domestic league this season.

The former Terengganu T-Team winger set an excellent record with JDT this season, scoring 20 goals and providing 10 assists in 3,088 minutes played over 37 games.

Safawi is now the talking point for most football fans in the country after scoring both goals in Malaysia’s 2-0 win over Indonesia in the Group G match of the 2022 World Cup / 2023 Asia Cup qualifiers at the Bukit Jalil National Stadium on Tuesday night.

The victory helped the Harimau Malaya squad led by head coach Tan Cheng Hoe to complete the year on a high.

Ong (above), who has coached Safawi both with the national team and the Under-22 squad said the player has a strong left foot and often spends about 15-20 minutes extra on the field after training each day.

"We can see that Safawi is now at a different level, and this is not only the result of the coach's efforts but his own confidence and dedication that has brought him to this level.

"He remains focused throughout the training session, but what sets him apart are his free-kicks, whereby he is determined to practise them every day after training.

"When we practice well, it (the free-kick) will most certainly ‘work’ in the game as well," Ong said.

Safawi’s absence from the SEA Games squad has received both positive and negative reactions from local fans, but Ong maintained that he only wanted the best for the player himself.

So with the latest “drop” from the squad, will local football fans see an even better performance from Safawi in 2020?