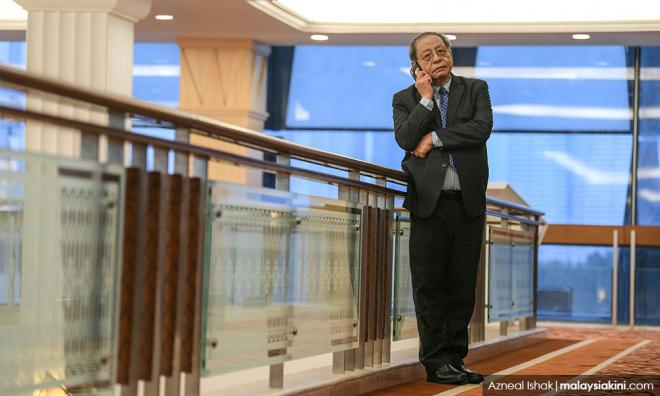 Veteran DAP leader Lim Kit Siang has conceded that Pakatan Harapan has allowed itself to deviate from the moderate centre and is fast losing ground because of it.

Should Harapan fail to build bridges between Malaysian communities, it would mean the death of the Malaysian dream, he added.

"In the past 18 months, we have deviated from the moderate centre, seeking to compete and better those who resort to hatred and intolerance in the politics of race and religion," the Iskandar Puteri MP told the Perak DAP State Convention in Ipoh today.

"As a result, Harapan has fallen between two stools – we lost the Malay and non-Malay ground for contradictory and opposite reasons (in Tanjun Piai)," he said.

He called on Harapan to return to the moderate centre and not compete with the advocates of hate and intolerance.

He added that the modus operandi of the component parties in the Pakatan Harapan must also be reviewed.

"DAP, for instance, has been accused of not speaking up for the people when it was formerly a leading voice of society.

"There is no change in the commitment of DAP and its leaders in the past 18 months to their principles and objectives, as in the first 52 years of DAP’s existence.

"The difference is that the DAP was in the national opposition in the first 52 years while it became a part of the Pakatan Harapan national coalition in the past 18 months.

"A new balance will have to be struck between maintaining solidarity and discipline and the articulation of principles and objectives by individual component parties, which are not yet common Pakatan Harapan policies," he said.

Lim cited his disagreement with Prime Minister Dr Mahathir Mohamad’s statement that the Harapan manifesto is not a “bible”.

Nor did he agree with the “flying car” proposal as a government project or the detention of 12 Malaysians for alleged links with the non-existent Liberation Tigers of Tamil Eelam.

"We have to find ways whereby leaders and activists in the component parties in Pakatan Harapan can voice their dissent from existing government policies and measures without being seen as Opposition-minded or motivated by an ulterior objective to bring down the Pakatan Harapan government.

He declared his firm belief that the DAP will not become an MCA 2.0 and neither would Harapan become BN 2.0, for the simple reason that DAP and Harapan are committed to resetting nation-building policies to build a New Malaysia.

He reminded Malaysians that the past week had featured trial testimony which 'revealed more about the mendacity and immorality of the previous kleptocratic regime'.

"We want Pakatan Harapan to succeed to bring to fruition the agenda for a New Malaysia and the fulfilment of the Malaysian Dream where every Malaysian, regardless of race or colour, finds common Malaysian ground with other citizens, although we retain our separate identities in ethnicity or religion.

"The alternative is too dire to consider – as it would involve the death of the Malaysian Dream and a sad and heart-aching end to Malaysian nation-building," warned the veteran leader.