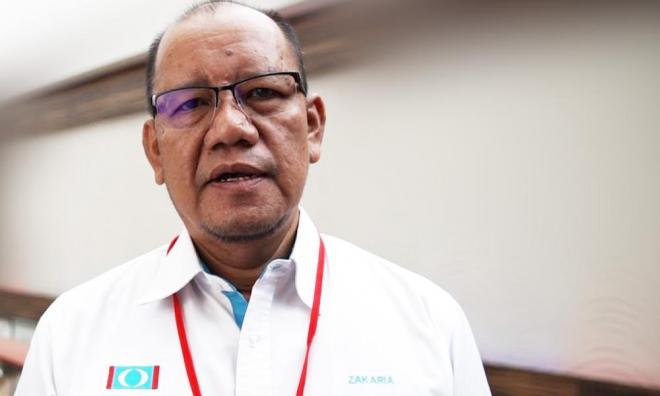 PKR didn't allow me to defend myself before sacking: Baru's ex-aide

Zakaria Abd Hamid, the former political secretary to Works Minister Baru Bian, claimed he was sacked from PKR without being given the chance to defend himself.

In a statement this evening, Zakaria (above) said he was shocked to learn about his dismissal from the media.

"This is shocking to me as I was never informed by anyone about any disciplinary case against me.

"What more, the action taken against me, if true, did not go through the process of asking me to defend myself as is the convention for any political party," he added.

Zakaria said he will decide on his next course of action after getting an official explanation from the PKR headquarters.

The board said the party's decision was guided by advice from the MACC which recommended the party to take action.

Zakaria, who is also Bera PKR chief, was said to have offered contracts worth RM20,000 and allocations amounting to at least RM300,000 at a meeting with local leaders on Sept 1, around the time he was running for a seat in the PKR central leadership council.

Baru was reported to have said that if the allegation was true, it cannot be tolerated and must be investigated.

PKR sacks Baru Bian's ex-aide over alleged bribery
24 Nov 2019
Anwar says will not join cabinet in event of reshuffle
24 Nov 2019
PKR Youth chief: If you cross the line, you'll face disciplinary board
24 Nov 2019
Some in PKR have forgotten their roots - Anwar
24 Nov 2019