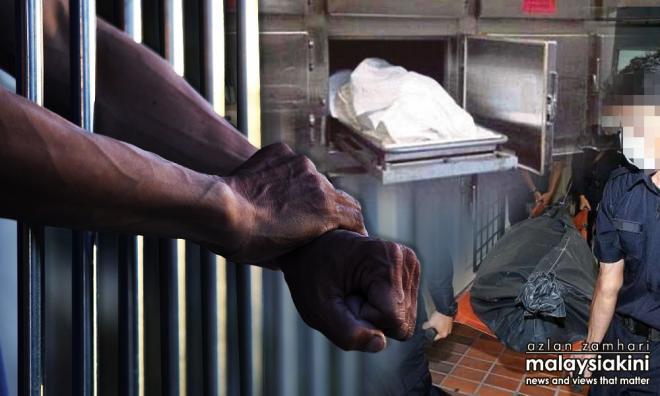 Another 'death by hanging' case while in custody

A man has questioned police monitoring of its own lockup after his brother became the latest case of "death by hanging" while in custody.

In 2017, M Mageswaran was also found dead, hanged from his cell, while under the custody of the Seremban prison, despite being due for release in just three months.

In the latest case, Mohd Fadzli said his brother's death came as a surprise.

"Why didn't police monitor the activities of detainees in the lockup leading to my brother's death?" he was quoted as saying by Harian Metro.

Fadzrin was laid to rest at the Bagan Ajam Muslim cemetery on Friday.

He was arrested on Wednesday under the Dangerous Drugs Act 1952 on suspicion of possessing 20g of methamphetamine.

"He was brought to the Butterworth court on Thursday for remand and had told me to come to bail him the following Wednesday.

"But at 4am on Friday, I was contacted by the investigating officer telling me that my brother had died from hanging himself," Fadzli said.

He said police claimed his brother had hanged himself using his T-shirt from the lockup window's metal bars.

"I was shocked as he is not someone who wants to just end his life like that. He was supposed to get married (with his fiancée) and the wedding was to be held together with mine next year," he said.

Fadzli said a doctor confirmed his brother died of strangulation but his 56-year-old father and 50-year-old mother cannot accept the way he died and wanted the authorities to take responsibility.

Meanwhile, Seberang Perai Utara district police chief Noorzainy Mohd Noor confirmed the death in custody and said the matter is being investigated from all angles based on CCTV footage.

"The case is being classified as sudden death and the post-mortem from the pathologist found that there was no criminal element," he said.

Noorzainy added that the suspect had a previous criminal record related to drug offences.