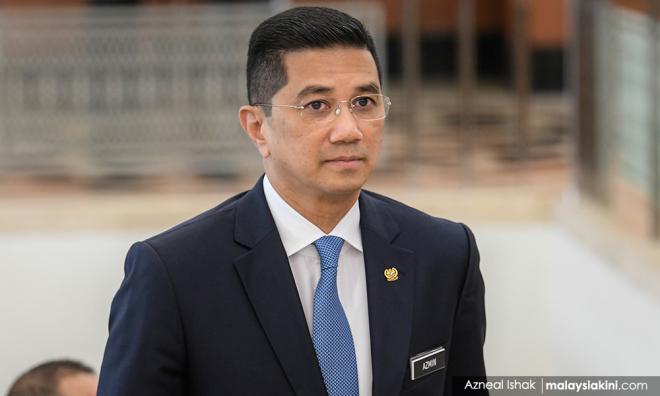 YOURSAY | Why are our home-bred experts not capable of coming to fair and unbiased conclusions?

Vijay47: Did CyberSecurity Malaysia do an analysis of the clip and was it unable to identify the persons involved, as Criminal Investigation Department (CID) director Huzir Mohamed had informed us all along?

Did the facial recognition process fail to identify both individuals or, conveniently, only one?

But now the inspector-general of police (IGP) tells us the problem is not the quality of the analysis but that the Attorney-General's Chambers wanted a neutral party to establish the identities. Why?

Are our home-bred experts not capable of coming to fair and unbiased conclusions?

Are you suggesting that henceforth, all electronic and cyber identification would be sent overseas to be carried out?

Unbelievably, the reason the police offered for rejecting CyberSecurity Malaysia is that it is a government body. So the IGP appears to allege that government departments are not to be trusted.

No wonder, the abductors of pastor Raymond Koh and the convert husband who kidnapped Indira Gandhi’s child are still out there enjoying the sunshine.

Clever Voter: These excuses given are meant to delay. In this day and age, one can obtain solutions instantly at the press of a button.

We have many choices. The US isn't the only provider of such facial recognition technology. Face identification is widely used in China, where street crimes have been reduced drastically.

One wonders with all the money spent, where's the technology that can be employed to resolve so many cases, including those that have political implications?

Muhibah 76: Yes, this is an attempt to buy time. Even if the video is sent to the US, why the need to wait until the end of the year? The results should be available in a couple of weeks.

Malaysian-United: Indeed, with all the latest technology we have, can you believe it takes so many months to establish the identities of the people in it?

I would have thought the most it would take is five minutes, and that's being generous. I am 100 percent sure this is an attempt to cover up.

Pelanduk: What a waste of public funds. Indeed, the test can be done in China, as its expertise in facial recognition is second to none. Moreover, it can be done very cheaply.

If China cannot be trusted, then use expertise from Australia.

Secondly, why must we send a team of officers to the US, bringing the tape there as if escorting a jewelled crown worth millions of dollars?

With modern technology, what the police should do is to copy the recording and send it overseas through the Internet. It would save taxpayers thousands of dollars.

Analyse This: The reason they have to escort the evidence personally is quite basic: if they sent it through courier or diplomatic pouch, or simply copied it and sent it over the Internet, that would break the chain of custody.

At least in American courts, and most likely Malaysian ones too, a compromised chain of custody will result in the evidence being inadmissible.

Anonymous_1544340881: What is the name of this private firm appointed to do the video forensics and what credibility is there that this firm has the competence to do the job?

Why not just request help from the FBI? They have the best forensics in the world.

I can't help but feel that this a delaying tactic and the secrecy around it is just a ploy.

After all, if our expert, well-trained graduates from our top-notch universities in Malaysia with their degrees in religious studies cannot solve this, who in the world can?

Anonymous_2679c6e5: Former health minister Chua Soi Lek has more dignity by owning up, compared to the man who is always denying his identity in the video.

The country can be forgiving and he can hold his head up high, compared to this current batch of shameless leaders.

Gaji Buta: There is already sufficient cause to charge - the other party has confessed, the minister was in the same location at the time of the incident, hotel CCTVs show movement of interested parties, and no one else looking like the minister has been identified.

People have been executed for less. The most the experts can say is “the video is authentic, and the person very closely resembles the minister, but we cannot confirm it”.

Which would be the only possible answer, since the experts do not have facial data of all the people in the world.

Zakar Naik: I thought it was already confirmed that the video is authentic, just that the identities of the actors "cannot" be established for certain.

Hopefully, the main assignment of the US firm is to find out the identities of the actors, and not to say that the video is (or is not) authentic as that has already been established by our local authorities.

Last Train to Malaya: I pity our men in blue. They are trying to be professionals but circumstances are not allowing it.

This is the repercussion of being under the Umno regime for the past 60 years.