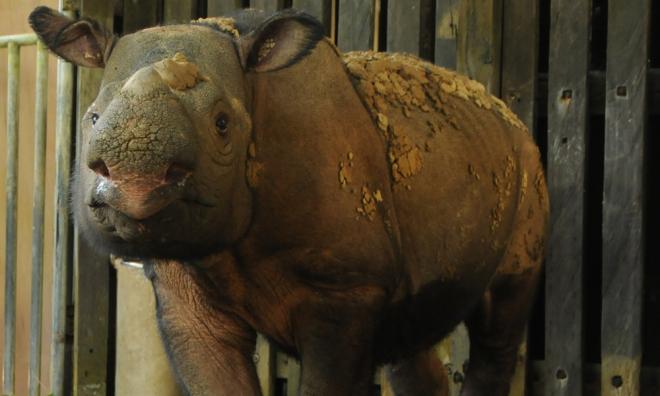 MNS: We should learn after losing Iman

All Malaysians and not just the authorities should learn from the loss of Iman, the last female Sumatran rhinoceros in the country, to take up the responsibility to protect animals especially endangered species.

Malaysian Nature Society (MNS) president Prof Ahmad Ismail said this is important to ensure the matter did not recur in future for other endangered animals which could result in the disruption of the ecosystem.

“As we are aware, the factors for its extinction are the same which is the loss of its original habitat via forest clearing as well as the greed of poachers.

“Apart from that, it happened due to shortcomings such as monitoring, public awareness, no serious attention, lack of scientific studies, inadequate financial allocation and expertise including management of wildlife,” he told Bernama.

He said enforcement of the existing related laws should be tightened to protect endangered animal species such as tiger, elephant, seladang, tapir, sun bear and orangutan apart from cooperation among departments, as well as state and federal governments.

Ahmad, who is Universiti Putra Malaysia Wildlife Ecology and Ecotoxicology lecturer, said among the efforts which could be carried out to restore Sumatran rhino in the country was to look for possible cooperation with Indonesia.

“There is also a need to establish a comprehensive inventory of animals in the country and not to talk about endangered species after they are extinct,” said Ahmad, who is also a member of the Academy of Sciences Malaysia council.

The country’s last Sumatran rhino, Iman died at 5.35pm at the Borneo Rhinoceros Sanctuary in the Tabin Wildlife Forest Reserve in Lahad Datu on Saturday.

Iman which was given the best care after being captured in March 2014 in Danum Valley, died about six months after the last male Sumatran rhino of the country died of kidney failure on May 27.