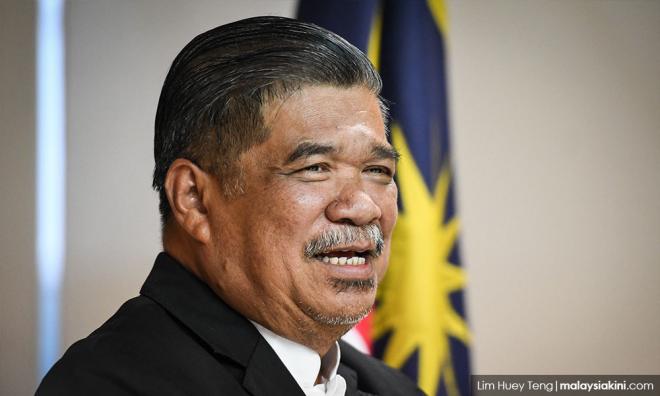 Reevaluation as a maritime nation must be comprehensive - Mat Sabu

Malaysia’s re-evaluation as a maritime nation must be conducted in a comprehensive manner, said Defence Minister Mohamad Sabu.

He said this was not just because of economic changes and regional politics but also the security threat coming from national waters.

“The challenges faced by Malaysia as a maritime nation must be discussed thoroughly,” Mohamad (above) said in his keynote address at the 2019 Malaysian Institute of Defence and Security (MIDAS) conference today.

He said the idea of Malaysia as a maritime nation has been strengthened since the Fourth Malaysia Plan when the government set out to achieve its objective of achieving the status.

He said Malaysia’s eligibility as a maritime nation is due to several factors such as its geographical location and its physical characteristics such as being located along the international trade route between India and China, and the east and west.

However, Mohamad said, all these factors did not automatically define a country as a maritime nation.

“Malaysia which has the advantage of its strategic location in the middle of the world sea route and rich in marine resources must increase efforts to make optimum use of these resources and be strong in order to be called a true maritime nation,” he said.

Meanwhile, Mohamad said the Malaysian Armed Forces (MAF) is the guardian of national peace and security and has the role of defending national sovereignty and ensuring that socio-economic development is uninterrupted.

He said the MAF must conduct a comprehensive re-evaluation of its defence strategy to meet the need to tackle current and future challenges.