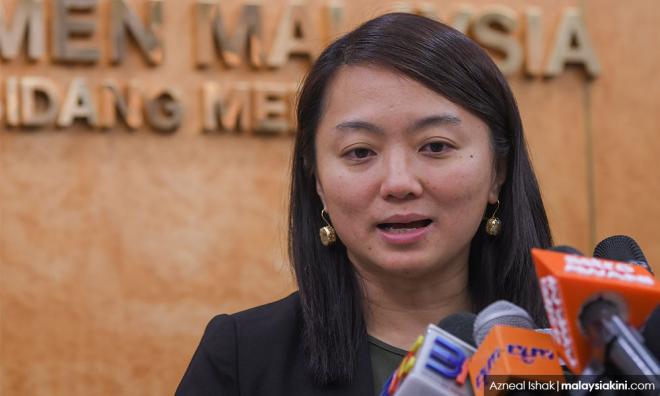 Being the richest local authority in the country, DBKL does not need free legal service from Gopal Sri Ram, the deputy women, community and family development minister (photo, above) said.

It is the Taman Tun Dr Ismail (TTDI) residents, who fought against the development of a portion of Taman Rimba Kiara, deserve free legal aid, Yeoh said.

“They (City Hall) don’t need help as they have deep pockets,” she was quoted as saying by The Malaysian Insight (TMI) today.

“The residents, on the other hand, are passing the hat around and carrying out fundraising on their own to save a neighbourhood park.

The minister's office said Sri Ram offered to work pro bono for DBKL and it accepted the offer.

“Please be informed that he, in fact, offered his services pro bono to DBKL on this case. When the offer was referred to the law firm representing DBKL, it agreed to take it up.

“Therefore, the allegations that DBKL spent a large amount for his (Sri Ram’s) services are false and baseless,” the minister's office added.

Sri Ram was quoted by The Edge as saying among other reasons he took up the case was in consideration of the longhouse residents, who had waited for decades for affordable housing.

"It's been 36 years since the longhouse people were promised accommodation and DBKL is doing its best to deliver it to them. DBKL asked me whether I would do it free of charge for them and I said yes," Sri Ram (photo) said.

The project involves the construction of luxury service apartments, as well as an apartment block to accommodate the longhouse residents displaced by the development.

TTDI longhouses were built back in 1982 as a temporary five-year resettlement programme for former workers of the Bukit Kiara rubber estate when the area was being developed.

However, TTDI residents claimed the development would destroy 10ha of one of the last few green lungs in Kuala Lumpur.

Khalid negotiated to scale down the project to four blocks of serviced apartments and 204 affordable housing units, a suggestion largely rejected by the residents.

Sri Ram's appearance as the lead counsel for DBKL in a preliminary court hearing on Taman Rimba Kiara development drew flak from the residents, who accused the government of sending a big gun to demolish them in court.