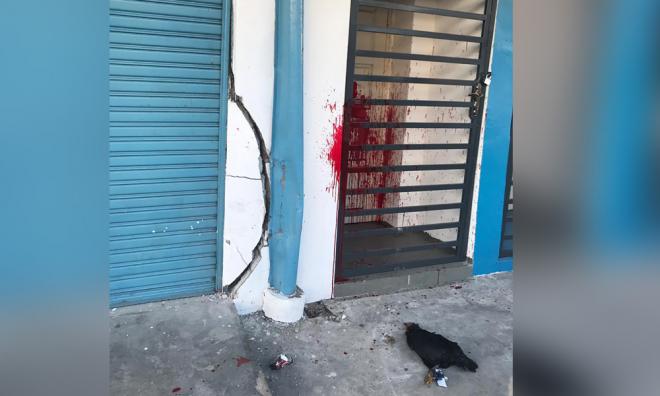 Akmal confirmed that he was informed by a staff member, who arrived at work at 7.20am, that the paint had been splashed on the door to the service centre.

"A chicken carcass was also thrown in front of the door as a threat to me," Akmal said in a statement today.

Akmal, who is also Johor Bahru MP, confirmed that a police report had been lodged by a staff member.

"I leave it to the police to conduct investigations into the matter," Akmal added.

When met at the Parliament lobby later, Akmal said he took the headless chicken carcass as a death threat.

Asked if the incident was linked to the tussle in PKR Youth, he declined to speculate.

"I don't want to speculate but I will continue to voice out for the grassroots and resolve the people's problems.

Akmal, who is seen to be aligned with PKR president Anwar Ibrahim, has been at loggerheads with PKR Youth leaders who are aligned to PKR deputy president Mohamed Azmin Ali.