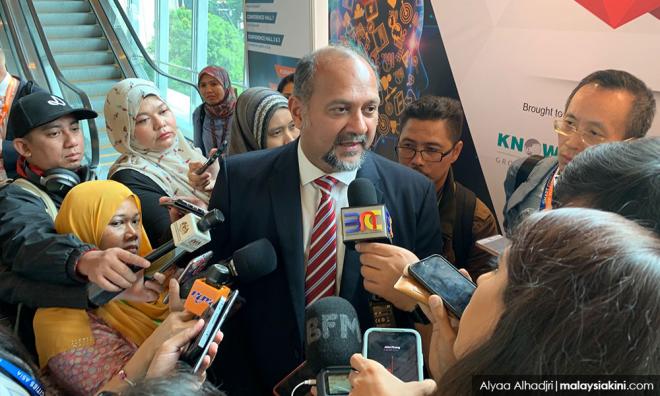 Television viewers will get to watch more shows next year when the Communications and Multimedia Ministry sets up new channels through the national broadcasting station, Radio Televisyen Malaysia (RTM).

Its minister, Gobind Singh Deo, said the programmes on these channels will include documentaries which provide information to the public.

“I guarantee that beginning next year, we will announce new channels on RTM," said Gobind.

“The ministry is looking at how documentary programmes can have their own themes which are informative to the public. They are important and suitable to improve general knowledge on issues,” he said during the question-and-answer session at the Dewan Rakyat today.

He was replying to a supplementary question from Hasanuddin Mohd Yunus (PH-Hulu Langat) who asked if the ministry had conducted a study and provided special incentives to encourage local producers come up with knowledge programmes instead of just entertainment programmes which are either horror or love stories.

Gobind said the ministry had drawn an agenda for documentary programmes which are relevant to the public, especially on technology-related topics.

“We want to see how the public can benefit from the technology. We also want to promote local production,” he said.

In response to the original question from Hasanuddin who asked if the ministry was reviewing payment rates to drama, short story and documentary producers, Gobind said the ministry through RTM had urged for a study of the rates and the Finance Ministry was currently looking at it.

“The proposed rate is an increase of between 20 and 50 percent, depending on the categories - telefilm, drama series, documentary/magazine, animation series, variety show and capsule/trailers/promos. The proposal is subject to the approval of the Finance Ministry,” Gobind said.

On the steps taken by the ministry to help veteran artistes make a comeback, Gobind said their association had brought the matter to him for further action.

“The ministry takes this matter seriously and wants to ensure that they are given the chance to participate in the production of new works. We call this 'reform'. I am looking at it,” he said in reply to a supplementary question from Noraini Ahmad (BN-Parit Sulung) who asked what the ministry was doing to help veteran artistes.