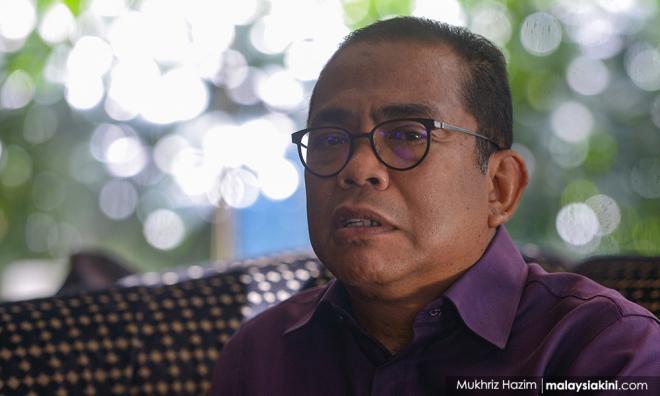 Khaled Nordin: MCA tried to be more DAP than DAP itself in GE14

INTERVIEW | The last general election saw BN losing a great deal of support from the Chinese voters because MCA tried to outdo DAP in racialising the community, according to Umno vice-president Khaled Nordin.

In his own words, the former Johor menteri besar described MCA as trying to be more that what the DAP is, in its attempt to woo Chinese voters.

"...(MCA lost Chinese support) because they tried to be more DAP than DAP. That is why they lost. Because you turn every Chinese to be racial.

"DAP (also) tries to turn every Chinese to be racial, but Malaysia is a multiracial country.

"We cannot only tell the Malays that Malaysia is made of multiracial communities, that we must be moderate. But with the Chinese, no one is telling them that," he told Malaysiakini in an interview on Tuesday, held in conjunction with the Umno General Assembly, which begins early next month...