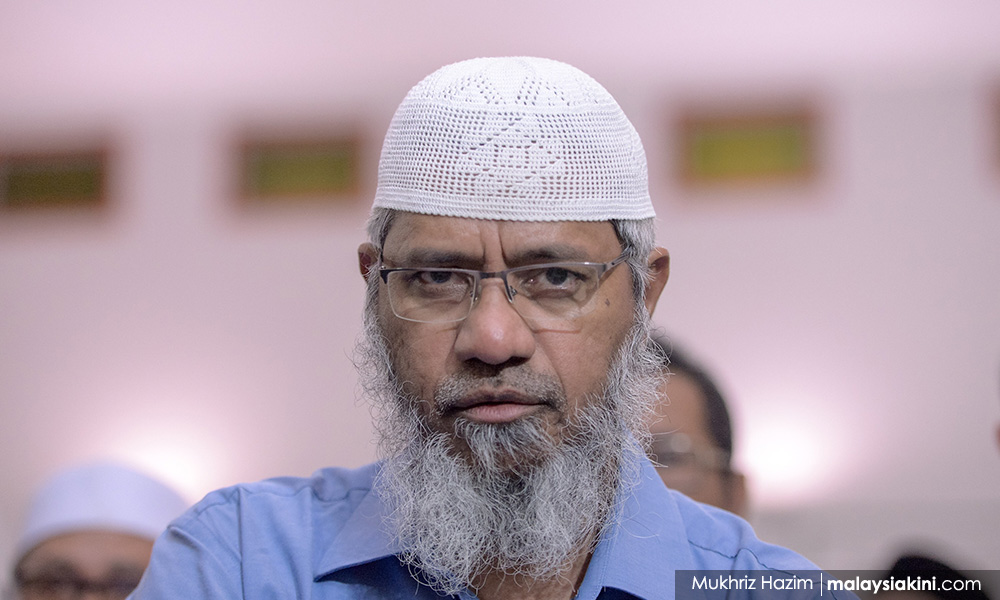 Controversial Muslim preacher Dr Zakir Naik has slapped Charles Santiago with a legal notice over his remarks for linking him to the arrests of a dozen individuals accused of attempting to revive the Liberation Tigers of Tamil Eelam (LTTE).

The Indian-born preacher, who is a Malaysian permanent resident, gave the DAP lawmaker 48 hours to retract his remarks, failing which, legal action would be initiated against the latter.

According to the notice, Santiago was accused of making the defamatory statements during a talk on in Kuala Lumpur on Nov 25.

It added that the remarks were subsequently reported by a news portal with the headline, “Criticism of Zakir may have led to LTTE arrests.”

The legal notice said Santiago's (photo) remarks, which claimed the 12 were arrested under the Security Offences (Special Measures) Act 2012 (Sosma) in retaliation to the criticisms against Zakir, were motivated by malice and hatred.

The remarks, which the letter described as fictitious, is said to have injured Zakir's reputation and caused him to suffer humiliation and ridicule.

“Inflicted Zakir with scandal, odium and untold contempt in the eyes of the public.

“Ridiculed Zakir by creating social and racial tension among Malaysians and thus engineered Zakir to be in a precarious position vis-a-vis his own security.

“Deeply lowered Zakir in the estimation of the right-thinking members of the society,” it added.

In a Facebook posting, Charles said his lawyers are currently studying the contents to deliberate on possible actions.

Meanwhile, the police have summoned Suaram coordinator Amir Abd Hadi, who was the moderator at the talk titled “The LTTE conundrum and Sosma as a draconian law”, for questioning.