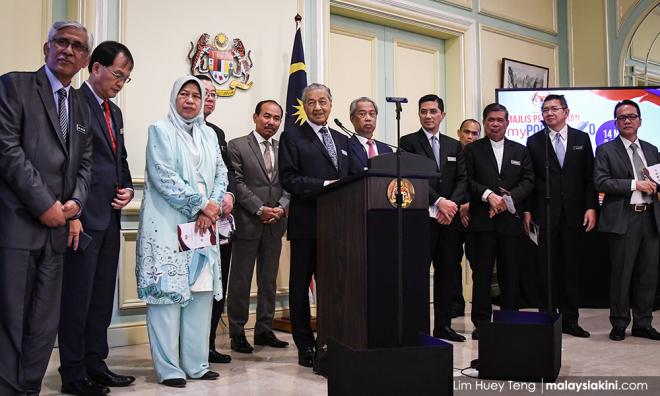 COMMENT | The Pakatan Harapan-led Federal Government has never borrowed to pay its civil servants’ salaries, unlike the Kelantan state government. This has been proven by the reaffirmation of Malaysia’s sovereign credit ratings at A3 or A- with a stable outlook.

Should the federal government borrow to pay the salaries of its civil servants, this would inevitably lead to an immediate credit rating downgrade.

Let me reiterate unequivocally that the government has sufficient funds to pay our civil servants and will never borrow to do so.

Furthermore, the government is on target to cut its fiscal deficit from 3.7 percent of GDP in 2018 to 3.4 percent this year. All borrowings raised by the government are to finance the fiscal deficit and all development expenditures as had been done under previous administrations. None of the borrowings is utilised for operational expenditure, like the payment of salaries.

However, during the Negeri Sembilan budget debate in the state assembly on Monday, Nov 25, Mohamad Hassan casually made an irresponsible allegation that the federal government borrowed money to pay the salaries of its civil servants.

His statement is false and can be disproved easily.

These numbers are regularly updated and disclosed publicly. The latest figures have been published by the Treasury on page 8 of the "Quarterly Malaysian Economic Update". The report is readily available at the Treasury’s website.

The federal government is capable of paying its civil servants and meeting its other financial obligations unlike the situation faced by the Kelantan state government.

The Ministry of Finance on Oct 14 had approved the state government’s request for an advance worth RM100 million to assist Kelantan with its operational expenditure, including the payment of salaries until the end of 2019.

economy
finance
budget
Related Reports
Yoursay: Tuan Ibrahim can’t hold a torch to Guan Eng’s achievements
a year ago
Guan Eng: Claims I am a puppet finance minister a false narrative
a year ago
Guan Eng: Payment given directly to K'tan yet they sow hatred against us
a year ago
Hadi questions Guan Eng's morals after K'tan debt appeal revelation
2 years ago