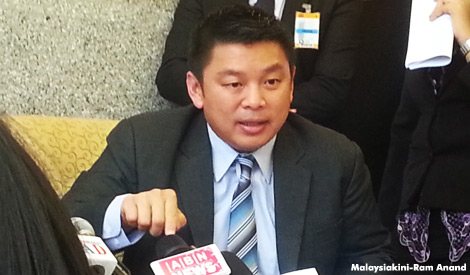 Malaysia has become more selective in its investment agenda, attracting quality investments in targeted ecosystems that are projected to have significant knock-on effects throughout the domestic economy, said International Trade and Industry Minister Darell Leiking.

In a statement today, Darrell (photo) said Malaysia recorded RM149 billion worth of approved investments in the services, manufacturing and primary sectors in the first nine months of this year.

"This was 4.4 percent higher than the RM142.6 billion approved in the same period last year.

"These investments involved 4,025 projects and will create an additional 93,841 job opportunities,” said Darell.

The majority of the investments came from domestic sources, which contributed RM82.7 billion or 55.5 percent of the total investments.

"Total approved FDI in these three main sectors increased by 6.5 percent to RM66.3 billion in January-September 2019 from RM62.2 billion in the same period last year," he said.

These projects are poised to generate over 38,800 employment opportunities.

The manufacturing sector approved 671 projects worth RM57.7 billion in the first nine months of 2019 compared with 467 projects with investments of RM57.5 billion in January-September 2018.

Domestic investments amounted to RM18.5 billion or 32.1 percent, an increase of 81.7 percent from RM10.2 billion in the same period last year.

Meanwhile, the primary sector contributed RM6.3 billion or 4.2 percent of the total approved investments in January-September 2019.

The mining sub-sector continued to lead with approved investments of RM5.9 billion, followed by plantation and commodities with RM275.2 million, and agriculture with RM135.1 million.

"Despite the ongoing trade tensions pointing to slower growth, we will stick to the course and continue attracting strategic partners to invest in Malaysia.

“This will generate more spillover impact on the economy through the growth of the local supply chain ecosystems and improvement of the Malaysian workforce,” said Darell.

As of September 2019, he said the Malaysian Investment Development Authority (Mida) was actively negotiating 682 projects with proposed investments of RM37.6 billion.

These include 242 projects within the manufacturing sector (RM26.6 billion) and 440 projects in the services sector (RM11.0 billion).