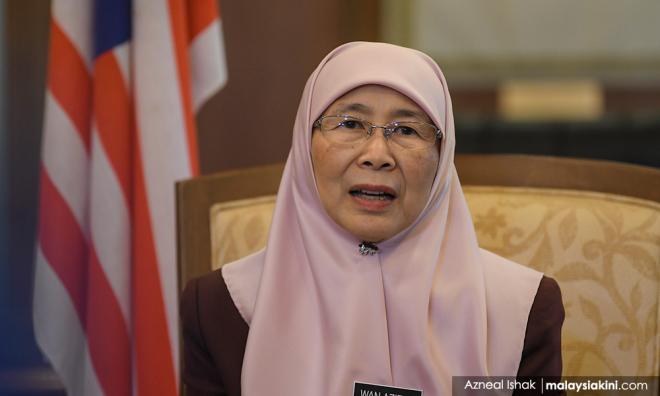 Wan Azizah (photo), who is also Women, Family and Community Development Minister, said it was part of the ministry's plan to improve the justice system involving the issue.

"It will be included in the Sexual Harassment Act which is currently being discussed by the ministry with agencies, NGO's and the attorney general's chambers," she told reporters in her Pandan parliamentary constituency today.

This is because there are still some things that need to be decided and agreed upon such as the remedies, burden of proof and so on, she added.

Wan Azizah said all these matters were important to ensure that existing legal barriers were resolved and that the bill could address this issue and provide protection to the victims of sexual harassment.

"The complaint mechanism also needs to be simplified so that more victims can come forward while the remedies and penalties are given attention.

"The bill is still a priority of the ministry and will be tabled as soon as possible, certainly next year," she said.