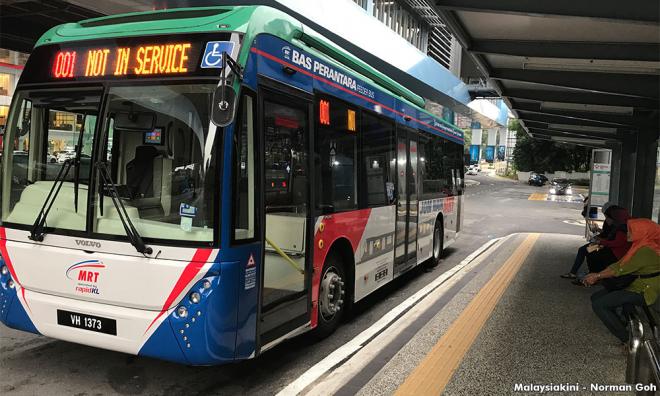 SPECIAL REPORT | Despite billions of ringgit having been spent, the Mass Rail Transit (MRT) system in the Klang Valley appears to be let down by the less sophisticated part of the infrastructure - the feeder buses.

User-collected data on waiting times reviewed by Malaysiakini showed that feeder buses arrival and departure times are somewhat irregular, adding up to 34 minutes waiting time for MRT users. This hampers reliability, especially when coupled with the fact that bus schedules are not published.

However, many of the respondents who recorded their wait times for this article said they have managed to incorporate the wait times into their schedules, and are able to estimate a regular time for their journeys.

The feeder buses, which are operated by RapidKL, play the role of connecting MRT users to the station or to their final destinations.

Following a call-out by Malaysiakini on social media, 13 MRT users volunteered to note the time they arrive at the bus stop or MRT station, and the time they depart on the feeder bus on weekdays over two weeks. Waiting times for a total of 86 journeys were collected and analysed..