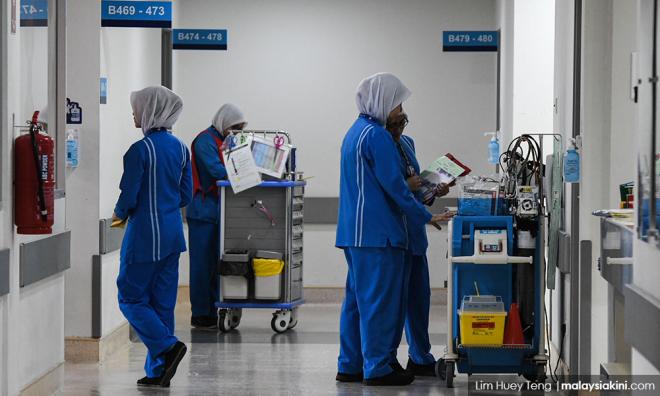 The Malacca Health Department needs between 500 and 600 new personnel to accommodate the increasing number of patients as well as to fill up vacancies, especially in the state's new health clinics.

State's Health deputy director (Public Health), Amirullah Mohd Arshad said this was to ensure that the patients' welfare would be given priority as well as improving the quality of health services and that additional applications would be made in the near future.

"For example, the Batu Berendam Health Clinic will be operating early next year and it needs about 325 new personnel, while for Rembia Health Clinic, which was in operation last August also needs additional personnel as we do not have the allocation to employ new staff.

"The situation had forced us to borrow staff and medical officers from other existing health clinics, which had indirectly affected the state's health services," he said.

He was met by reporters at the Aedes breeding ground inspection special operation (Special Operations Enforcement of the Destruction of Disease-bearing Insects Act 1975: Tyre Premises) in Malacca today.

Yesterday, Bernama reported that the Public Service Department had approved 10,675 permanent posts for the Health Ministry based on the needs of health facilities that were ready to operate from 2019 to 2020.

health
labour
healthcare
malacca
Related Reports
Public healthcare staff risking burnout amid hiring freeze - MMA
a year ago
Medical association: 7000 GPs being sidelined by indecisive gov't
a year ago
Cuepacs appeals to exempt Health Ministry from hiring freeze
a year ago
Wrong to imply healthcare system too fragile for reforms
a year ago