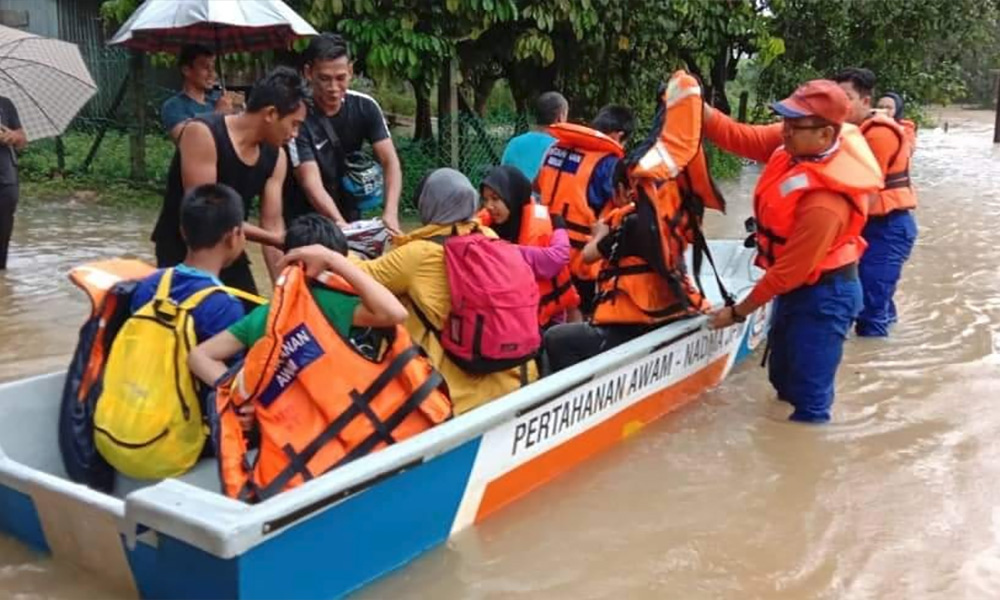 Number of flood evacuees in Kelantan up, Terengganu registers decline

Kelantan saw an increase in the number of flood evacuees this morning while Terengganu registered a decline.

The number of evacuees in Kelantan rose to 13,764 people, while in Terengganu the number dropped to 1,856 this morning.

In Kelantan, the number of evacuees in Pasir Mas and Tumpat districts increased to 9,373 evacuees in 29 relief centres and 2,290 in seven centres respectively.

In Kota Bharu and Kuala Krai, the number of evacuees dropped to 146 (37 families) in two centres and 263 (65 families) in five centres respectively.

According to the Department of Irrigation and Drainage, only Sungai Dungun at Jambatan Jerangau had breached the 12.50-metre danger point when it recorded a 13.11-metre reading this morning.

In Johor, the number of evacuees in a Batu Pahat relief centre remains unchanged with 52 people (23 families) still seeking shelter.

environment
floods
kelantan
terengganu
evacuations
Related Reports
Flood evacuees in Kelantan,Terengganu rises over 15,000 people
a year ago
Kelantan floods claim second victim
a year ago
MetMalaysia issues severe weather warning to four states
a year ago
Kelantan boy feared dead after being swept away by floodwaters
a year ago