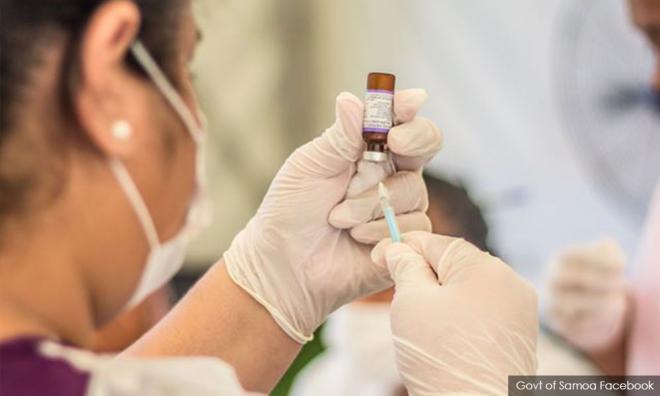 The number of people killed by the measles outbreak in Samoa has reached 60, with over 4000 registered infected cases, Sputnik news agency quoted the Samoan government as saying.

"Latest update: 4,052 measles cases have been reported since the outbreak with 171 recorded in the last 24 hours.

"To date, 60 measles-related deaths have been recorded," the government said.

Currently the most affected demographic are children under four-years-old.

Measles is a highly contagious viral disease that is normally transmitted through fluids in the respiratory system.

It starts with cold-like symptoms like high fever and runny nose and gradually develops into a full-body rash, at which point the immune system is already too weakened to fight the infection.

Measles can be effectively prevented by immunisation.

The measles vaccine was developed in the 1960s and comes either alone or in a combination with vaccines for mumps, rubella, and varicella.

Samoa launched a mass vaccination campaign on Nov 18 and more than 58,000 people received the vaccines so far.