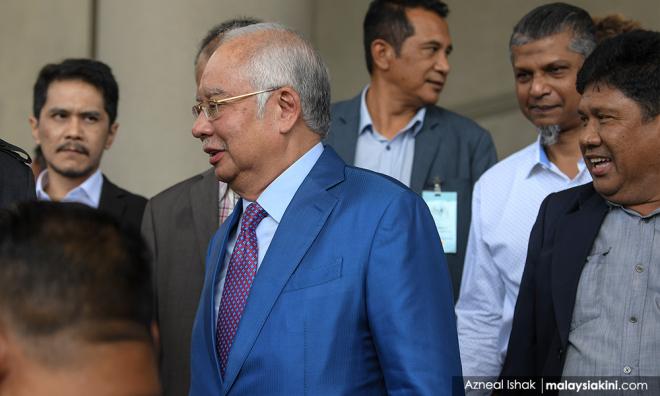 SRC TRIAL | Former prime minister Najib Abdul Razak today accused former second finance minister Ahmad Husni Hanadzlah of using the Kuala Lumpur High Court as a stage to get back at him for transferring the latter out of the Finance Ministry back in 2016.

Testifying in his defence at the SRC International criminal, Najib said he believed that Husni's testimony as a prosecution witness was made out of frustration.

"I believe that Husni had kept his dissatisfaction against me over my decision to transfer him from the Finance Ministry to the Economic Planning Unit (of the Prime Minister's Department), as he had immediately resigned after that in 2016.

"And he has used the witness box as a stage to air his grouses openly...