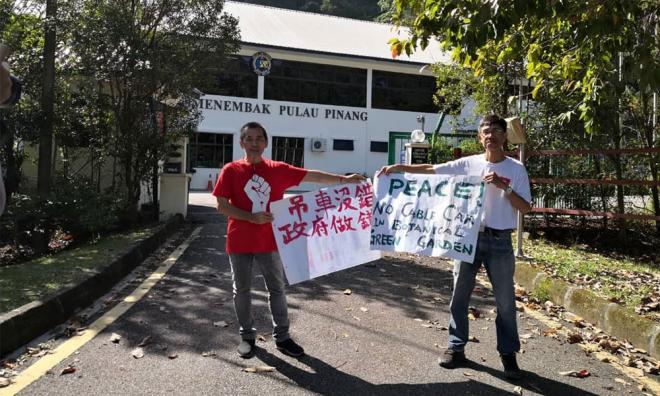 The Socialist Progressive Front has urged the Pakatan Harapan state government not to repeat the mistakes of the previous BN administration by introducing a cable car project in the iconic Penang Botanical Gardens.

Spokesperson Teh Yee Cheu, who is also a PSM central committee member, said the previous BN government reportedly had planned to build a cable car gound station at the current park.

"Why repeat the BN project that was clearly a mismatch with the Botanical Gardens and the Clive Justice Plan (Botanic Garden Development Masterplan formulated in 1989)?" Teh asked, at a press conference at the Gardens today.

In October, the Penang government announced that it was studying a proposal to build a cable car from the Rifle Club at Penang Botanical Gardens up to the entrance of The Habitat, a green, lush forest park on the top of Penang Hill...