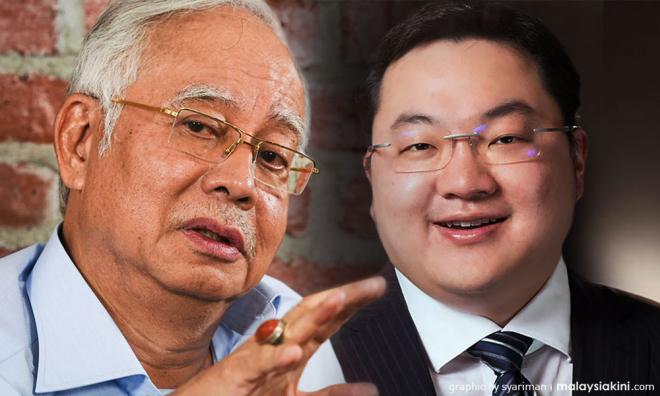 Yoursay: The buck should stop with Najib, not Jho Low

YOURSAY | 'Najib's defence an insult to the intelligence of the rakyat.'

Sarawak4Malaysian: The perfect strategy - blame someone in absentia and four other ‘fictitious’ characters.

It would have worked, except that there is now the rule of law in our nation.

I wonder how much Muhammad Shafee Abdullah is being paid for this brilliant strategy? And how much of it is the rakyat’s money?

Rupert16: Low Taek Jho, or Jho Low, has never worked in 1MDB and all decisions and transactions are made by the company’s management and board of directors, Najib had said in a written reply to Wangsa Maju parliamentarian Dr Tan Kee Kwong in 2015.

Cicak Boy: Jho Low could not have taken a single sen without Najib being in the position of prime minister and finance minister.

Since the Wall Street Journal broke the story in 2015 and Najib was finance minister and prime minister until May 2018, I would like to know when Najib realised that he was “conned” by Jho Low and his Arab gang of four men.

Oxymoronictendencies: If Najib expects us to believe that, then he had better reassess his suitability of being an MP, let alone prime minister and finance minister.

Such a line of defence is spurious. Claims he had “no power to compel anyone to do anything” are disingenuous at best and insulting to the intelligence of the rakyat.

Headhunter: The way he and his family allegedly splashed hundreds of millions of our money certainly proves that he was fully aware where the money was coming from.

The defence seems to quieten down and not pursuing the "Arab donor" story only proves that the whole story was a fairy tale.

The reason no one believed the story is it was too good to be true in the first place.

New Hope: As a former prime minister and finance minister, the buck should stop with him. He is the one who is responsible for his minions and to say he is innocent is laughable.

It appears he is knowledgeable when it suits him and gullible when it does not suit him. Lawyer Muhammad Shafee Abdullah should better come up with something more believable.

Najib’s administration was a joke and a very bad one, which nearly sank the whole country into an ocean of debt.

Anonymouss: Najib, your defence will not be 100 percent better if Jho Low turns up.

You are just trying to give the impression that Jho Low’s presence in court will exonerate all your wrongdoings.

Well, far from wanting Jho Low to come back to answer charges, you know your defence will collapse at lightning speed if Jho Low and SRC International former CEO Nik Faisal Ariff Kamil were to appear in court.

As it is, you are putting all the blame on Jho Low and Nik Faisal to save your own skin.

In court, you are now free to use Jho Low and Nik Faisal as scapegoats because they may not come back to answer charges.

So don’t try to sell to the people this impression that you really wish for Jho Low to come back. Only idiots would believe you.

Fernz: The court will disregard fairy-tale stories. Having said that, I believe Jho Low is the mastermind.

Now, what matters are the charges against Najib. No pointing fingers to that or this person. Karma is neutral.

Najib is barking up the wrong tree by basing his defence on blaming Jho Low.

The court is about the law. The court is not about ethics, moral values, theology, sin, God, justice or the truth.

Guuner: Wow... and this is just the start.

Najib, I’m waiting for you to answer why you blocked the investigations and told the whole world there was no problem with 1MDB and SRC, and everything was rosy, like your Rosmah.

You spent money like nobody’s business, but how you earned them you don’t know? Let’s see how you can spin and twist your way out this one.

FlabberPro: Why didn't the hotshot lawyer bring up the point that Najib did not make any police report with regard to the RM42 million deposited into his account?

If he claimed that this is an error and he had no knowledge of it, shouldn't he at least protect himself by making a police report?

His actions of issuing cheques showed that he is aware a large sum of money is in his bank account for his personal use.

Shafee, bring this up instead of denying and making baseless statements. Your actions of saying you are denied of sufficient time and resources is like shifting the goal post to your whims and fancies.

Quo Vadis Malaysia: The next time anyone decides to embezzle any money, just use a similar excuse when caught, which is basically, "I didn't know anything."

In A Box: I am also a victim of four Arabs and one fat Chinaman, but they did not deposit any funds into my bank account for my personal use.