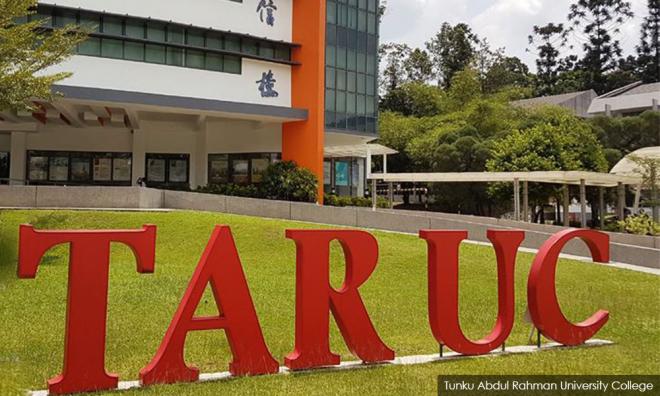 Why is MCA silent on the increased allocation for TAR UC?

ADUN SPEAKS | Why is MCA silent on the RM40 million allocation from the government to help TAR UC?

Every university in the world, public or private, will cry out in joy if the government announced an extra RM10 million on top of the RM30 million yearly allocation.

Incredibly, there was absolute silence from the MCA, who did not say a word of thanks for the increased allocation.

Until now, MCA had portrayed the RM30 million allocation specified for students as an “attack” on Tunku Abdul Rahman University College (TAR UC).

It didn’t matter to MCA that the students will benefit from the increased allocation, it only mattered to that the money did not come under the party's control.

This is not the first time MCA had chosen to put more emphasis on retaining absolute control than to accept donations earmarked for students’ welfare.

When Koon Yew Yin pledged to donate RM30 million specifically to build a hostel in Kampar campus of Universiti Tunku Abdul Rahman (UTAR) in 2010, it was rejected on the ground that the board of UTAR could not accept outside interference and conditions on donations.

The students’ personal safety, convenience and commuting time were conveniently sacrificed for the ego, hubris and vanity of MCA.

MCA likes to claim that it is the champions for the Chinese and the defender of Chinese education.

They pride MCA exclusively as the founder of UTAR and TAR UC that had produced 200,000 graduates.

They never seemed to remember that the universities were built with government funding and donations from the Chinese society and the students had to pay full fees.

In essence, the students do not owe MCA any favours at all.

Worse still, MCA does not behave as a real guardian should. Instead, TAR UC and UTAR are treated as cash cows and hostage to hold the Chinese society and government to ransom.

If the government did not provide any funding, students will have to pay a higher tuition fee.

Chinese society was pressured into donation drives to raise funds to help cover for the shortfall. Fear and anxiety were widely sown to create mass hysteria.

Hawkers were donating their meagre incomes to help out MCA, the billionaire custodian.

It was never made clear to the public that the TAR Education Foundation was sitting on a cash pile of RM634 million and would not collapse.

On top of that, MCA has assets worth nearly RM3 billion with annual profits of RM 100 million from dividends, rental and stocks.

MCA is more than able to donate even RM50 million a year to TAR UC.

On the contrary, MCA preferred to cover up its bank accounts at the expense of poor students and well-meaning hawkers.

The party did not welcome the RM40 million allocation given by the government to help TAR UC students.

Its power over the university was far more important than the welfare of the students themselves.

In summary, as the custodian of TAR UC, MCA should get its priorities right and place the interests of the students first, and politics last.

It should be grateful and thank the government for the increased allocation announced for the benefit of the students.