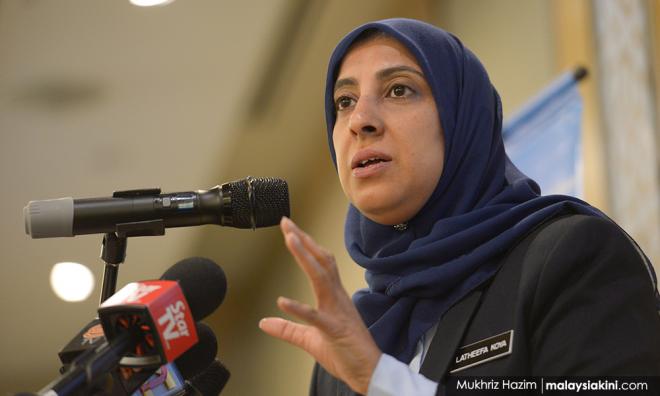 Kedah is the first state to accept the Malaysia Anti-Corruption Commission's (MACC) proposal to place its senior officer in the Menteri Besar's office as an effort to increase the integrity of the state government.

MACC chief commissioner Latheefa Koya said the commission was in the process of identifying a senior officer for that purpose.

"Previously we only had state-level officials. But now, we plan to increase the role of the MACC. In a meeting with the Menteri Besar (Mukhriz Mahathir) yesterday, he had agreed and announced that he would in principle accept (the proposal).

"Congratulations to Kedah for becoming the first state to accept this offer and to make an announcement about it. We will continue with other states," she told a press conference after launching the Anti-Corruption Campaign at the Immigration, Customs, Quarantine and Security (ICQS) Complex in Bukit Kayu Hitam, Kedah, today.

Yesterday, Mukhriz announced that the Kedah state government had accepted MACC’s offer to place a senior officer at the Menteri Besar’s office in an effort to prevent corruption and enhance integrity.

The Kedah Menteri Besar was quoted to have said that this was in line with the state government policies to ensure all decisions related to state governance were made with integrity.